Your Face Could Betray You When You Lie 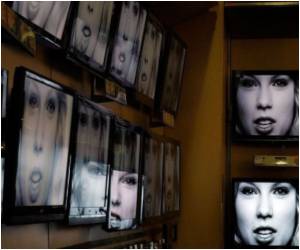 Liars might be of the impression of being an ace at covering up their deceptive fabrication, but their faces expose if the person is lying.

Researchers from the University of British Columbia have unlocked a secret code written on everyone's face, which reveals when we are lying.

Evaluation of fetal expressions can serve as a key for predicting the healthy brain function of the fetus.
Advertisement

They have discovered for the first time, five tell-tale muscle groups that control facial expressions, activate differently when we are trying to deceive, the Daily Mail reported.


Psychologists based their study on more than 23,000 frames of television footage from 52 people emotionally pleading to the public for the return of a missing relative - half of whom were eventually convicted of murdering that person.

Genuine Laughter Is The Best Medicine!

Genuine laughter turns out to be the best medicine and has evolved over seven million years and sounds more like a wild primates call - according to a study.
Advertisement
The first study of its kind to focus on so-called 'high-stakes' emotional deception, discovered that even the most convincing of actors cannot control their facial muscles.

One of the UK cases studied was the appeal made by Tacie Andrews.

She stabbed her fiance, Lee Harvey, to death during an argument in their car near their home in Alvechurch, Worcester, in 1996.

Andrews claimed he had been knifed by a man in a road-rage attack and appeared in a televised appeal for information.

But her deceit was discovered and a year later was sentenced to life in prison for the murder.

Soham killer Ian Huntley, John Tanner, and Fadi Nasri all made similar appeals or appeared on television lying about a murder they had committed or had been involved in perpetrating.

The study looked for emotional 'leakage', particularly via those facial muscles, which are harder to control - particularly during stressful events or when great concentration is required to maintain a lie.

"Specifically, the 'grief' muscles, the corrugator supercilli - located around the eyebrow - and depressor anguli oris - between the chin and corner of the lips - were more often contracted in the faces of 'genuine' rather than 'deceptive pleaders,'" University of British Columbia researchers found.

They found subtle contraction of the zygomatic major - which runs from cheekbone to the mouth - activated during masking smiles, and full contraction of the frontalis - the brow - which flexed during failed attempts to appear sad, "were more commonly identified in the faces of deceptive pleaders".

"During the critical lie, told by each deceptive murderer, upper face surprise and lower face happiness were likely to be expressed, attributed to the failed attempt to appear sad and leakage of happiness," the study said.

"Deception - a fundamental aspect of human communication - often is accompanied by the simulation of unfelt emotions or the concealment of genuine emotions to correspond to the false message.

"Given limited cognitive resources and the difficulty of necessary multi-tasking during deception, we suggest that emotional leakage is particularly likely to occur when the lie is complex and/or associated with strong emotions to be concealed or falsified," it added.

The study concluded, "findings support the notion that the human face is indelibly stamped with the tale of our humble origin and attempts to mask our emotions are likely to fail when engaging in a consequential act of deception".

Nervous Tic
News Archive
News Resource
Advertisement
News Category
Death Caused by a Rare Type Amoeba: Research Study Japan Approves Smallpox Vaccine for Monkeypox Did Human Evolution Shrink Your Brain? What to Do When Your Asthma Medication Doesn't Work? Which is Better to Improve Smoker's Health  Cigarettes or E-Cigarettes?
More News
Sign up for Wellness Consult a Doctor Sign up for Selfcare

Color Blindness Calculator Pregnancy Confirmation Calculator Find a Hospital Vent Forte (Theophylline) Drug - Food Interactions Blood - Sugar Chart Nutam (400mg) (Piracetam) A-Z Drug Brands in India Sinopril (2mg) (Lacidipine) The Essence of Yoga
This site uses cookies to deliver our services. By using our site, you acknowledge that you have read and understand our Cookie Policy, Privacy Policy, and our Terms of Use