Your Clothes Could Now Help You Charge Your Cell Phone 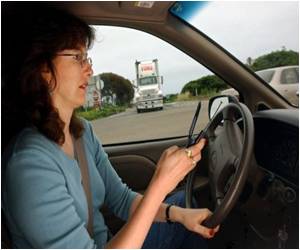 A fiber like energy storage device which can be woven into clothing and power wearable medical monitors, communications equipment or other small electronics, researchers explain in a new study.

The device is a supercapacitor - a cousin to the battery. This one packs an interconnected network of graphene and carbon nanotubes so tightly that it stores energy comparable to some thin-film lithium batteries-an area where batteries have traditionally held a large advantage.


The device also maintains the advantage of charging and releasing energy much faster than a battery. The fiber-structured hybrid materials offer huge accessible surface areas and are highly conductive.
Advertisement
The researchers have developed a way to continuously produce the flexible fiber, enabling them to scale up production for a variety of uses. To date, they've made 50-meter long fibers, and see no limits on length.

They envision the fiber supercapacitor could be woven into clothing to power medical devices for people at home, or communications devices for soldiers in the field. Or, they say, the fiber could be a space-saving power source and serve as "energy-carrying wires" in medical implants.

The study has been published in the journal Nature Nanotechnology.

Source: ANI
Advertisement
<< Why Other Continents are Much Warmer Than Antartica
Cervical Cancer Rates in the US Higher Than Previously Note... >>

Here is a Device That Lets You Play With Your Pet Cats Via Remote Control
A high-tech device called Kittyo allows cat owners to play with their at-home cat via remote ......

3D Liver-Like Device to Detoxify the Blood Developed
A 3D-printed device has been developed by nanoengineers at the University of California, San Diego ....