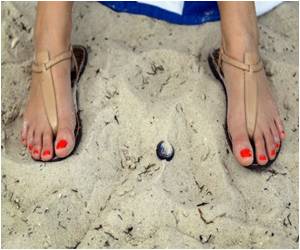 Sunless tanning  whether with lotions, bronzers or tanning pills  has been promoted as an effective substitute to dodge the health risks of ultraviolet rays, but if the products don't provide the perfect tan, young women likely will not use them, according to a Baylor University researcher."The feeling is 'I tan, I feel good, I'll look good tomorrow . . .

What's health?'" said Jay Yoo, Ph.D., an assistant professor of family and consumer sciences in Baylor's College of Arts & Sciences. He conducted a study of 182 Caucasian female college students, with an average age of 19.7 years. In the study, published in the current issue of Household and Personal Care Today, they indicated that their appearance was the primary motivation. "The study confirms that targeting appearance-conscious consumers, in particular young women, will be successful, as long as the quality of the tan is promising," he said.U.S. consumers account for 50 percent of global sales of over-the-counter self-tanning products. Young women, who are the most frequent users, are not concerned about skin cancer unless they see it in themselves, a family member or someone else they know, Yoo said. "And women ages 19 to 22 aren't worried about wrinkles and premature aging.

"Participants were given a questionnaire listing 14 statements about appearance and asked to answer them on a five-point scale ranging from "strongly disagree" to "strongly agree." Those who strongly agreed with such statements as "Homely people have a hard time finding happiness" and "I should do whatever I can to always look my best" were more likely to use all of the sunless tanning items mentioned in the study, Yoo said.Young women in particular, who are more frequent users of tanning creams, gels, lotions and other products, see sunless tanning as a complement to UV (ultraviolet) tanning, but it should be promoted by manufacturers as "a substitute more than a complement," Yoo said.


The study showed that use of tanning creams, lotions and bronzers was more significant than other products - perhaps because some participants view bronzers more as cosmetics and because tanning gels and pills have not yet penetrated the market and may not be viewed as an alternative to UV tanning, Yoo said.Participants' attitudes toward bronzers (powders/moisturers) was most positive, followed by tanning lotions, creams, sprays, "fake tanners" (such as towelettes), gels and pills.
Advertisement
Shortcomings that might hinder use of sunless products included streakiness or an unnatural look or color.Understanding consumer attitudes toward use of sunless tanning products is important for promotion of public health as well, Yoo said.Previous research supported the notion that sunless tanning products became popular as public awareness about skin cancer increased and people decreased their amount of exposure to ultraviolet rays of the sun or tanning beds.

But recent studies also have shown that other reasons are to avoid wrinkles, sun spots, sunburn or discomfort from being in the sun."In order to increase the use of the products as a safer alternative, it's important for manufacturers to find what will actually trigger use," Yoo said. "For some, it's 'Appearance, appearance, appearance.'

But for others, the enjoyment of getting a tan can come from playing sports or engaging in outdoor social activities."For those people, tanning products should be idealized as a lifestyle choice by framing them as a fashion phenomenon or as something that plays an important part in those social and leisure activities, rather than using them indoors."While sunless tanning products provide a safe alternative to UV tanning, people should be mindful that sunscreen also should be used.Yoo, who teaches fashion theory and the history of dress, said that throughout much of history, light skin has been seen as desirable because it indicated a person was wealthy or refined rather than a member of lower classes who worked outside and were exposed to sun. Tans caught on in the 1920s, when iconic designer Coco Chanel got sunburned while spending time in the French Riviera. Her fans liked the look and began emulating her.

Woman Annoyed After Being Told She was 'too Fat to Tan'
A tanning salon in Ohio is facing the wrath of a client who was apparently refused tanning because ....

Youth Access To Dangerous Indoor Tanning Free and Unrestricted
Many indoor tanning businesses require parental consent for teenagers to use their facilities, but ....