Young US Adults Choosing to Live With Their Parents, Increase

An increase in young American adults, especially men, continuing to live with their parents, has been noted by the US Census Bureau.

"The increase in 25 to 34 year olds living in their parents' home began before the recent recession, and has continued beyond it," said study author Rose Kreider.

The study said it included in those figures students who are living in a college dormitory.

Along with the parents-offspring data, the study also noted that the percent of all households with just one person has consistently risen in recent decades, increasing from 13 percent in 1960 to 28 percent in 2011.

Shifting Domestic Roles for Men Who Lost Jobs in Current Recession
It is reported that the acute economic downturn that began in 2008 sometimes is called the "mancession" to reflect its harsher impact on men than women.
READ MORE 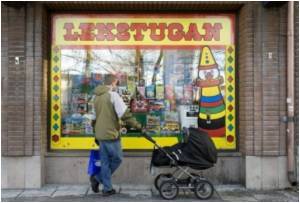 Become A Father To Turn A New Leaf!
Fatherhood can transform anti-social young men into responsible citizens, it has found.
READ MORE

Poverty Claimed More Americans In 2010 Than Since 1950s: Census
More Americans were living in poverty in 2010 than at any time since at least the 1950s, with the overall poverty rate climbing to 15.
READ MORE