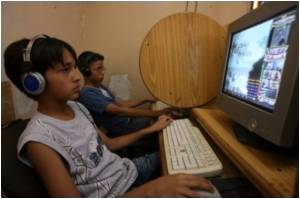 According to Australian researchers Maree Crabbe and David Corlett, children were turning to adult films because schools were not handling the positive aspects of sex.


"Discussion of sex and intimacy is too often avoided in schools," the Telegraph quoted the researchers as saying.

All the listed facts send out only one message - girls in their teens should say No to sex. Remember freedom of choice about sex also includes saying No to sex.

The Times Educational Supplement divulged that children who took part in the research said it was common for young people to watch pornography.

Mary Clegg, chair of the British Association of Sexual Educators, also agreed that there was a loophole in sex education at schools.

"A lot of our sex education is based on a don't-do model. But young people are hungry for more explicit information. They're curious and they're hormone-driven," she said.

Trivial but little known interesting facts about sex.
<< Vitamin B Protects Against Alzheimer's
Rise in GDP Sees Decline in Gross Domestic Happiness in US >>

Post-Nasal Drip Pregnancy Confirmation Calculator Drug Side Effects Calculator A-Z Drug Brands in India Turmeric Powder - Health Benefits, Uses & Side Effects How to Reduce School Bag Weight - Simple Tips Blood Donation - Recipients Find a Doctor The Essence of Yoga Sanatogen
This site uses cookies to deliver our services. By using our site, you acknowledge that you have read and understand our Cookie Policy, Privacy Policy, and our Terms of Use