Facebook and Twitter stars shared lessons learned with young entrepreneurs aspiring to be the next hot technology firm.

Facebook's Mark Zuckerberg and Twitter co-founders Evan Williams and Biz Stone were among speakers on Saturday at a daylong Startup School conducted by Y Combinator.

Here's Why Facebook and Tweeting Are Great For Health!

A new study in the US suggests that social networking sites can help people make wiser health decisions.
Advertisement 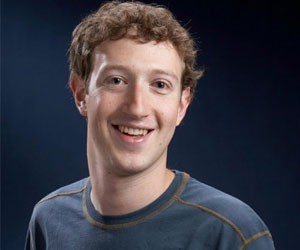 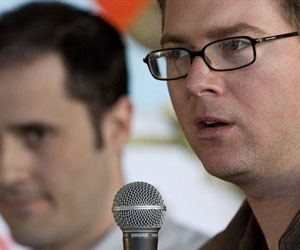 "It's really awesome to be here," Zuckerberg said as he joined Combinator's Jessica Livingston on stage in a packed auditorium at the University of California, Berkeley.


"This is, like, my people. One of the things cool about the Y Combinator program is you have these T-shirts that say 'Build something people want.' I think that is right on."

Brit Bosses to Allow Workers for a 10-minute 'Facebook Break'!

Bosses in Britian have decided to impose a new rule in the workplace which will allow employees a 'Facebook break' of 10 minutes a day.
Advertisement
Y Combinator, established in the Silicon Valley city of Mountain View in 2005, takes small stakes in startups in exchange for grooming them and exposing them to investors.

"We prefer groups with a lot of technical depth," Y Combinator explains at its website.

"We care more about how smart you are than how old you are, and more about the quality of your ideas than whether you have a formal business plan."

More than 1,600 aspiring entrepreneurs applied to be in the class Saturday at Startup School, which is held once a year.

A nearly 800-seat auditorium was filled to capacity through the day.

Twitter sprang from a "two-week hack day" at Odeo, a podcasting company that Williams took part in starting after leaving a job at Google in 2004, the founders said in an on-stage chat with Livingston.

"I remember early on someone saying Twitter is fun but it isn't useful and Ev said 'So what? So is ice cream'," Stone said while warning to be wary of skeptics. "We liked it. So we kept working on it."

Since Twitter was entering new terrain with a microblogging service, Stone and Williams had faith in their idea but a dearth of market data.

"One thing I've always admired about Google is they are good at saying this thing is huge and we are going to kick ass and do it better than anyone else; they did it with search and advertising," Williams said.

"With Twitter, there was no market; no possible way to justify an investment other than it made us laugh and it's really cool."

Twitter was able to incubate in Odeo, sparing its creators from pitching what "sounded like a stupid idea" to investors, according to the founders.

"We've never had any doubt that if you create something popular you can make money," Williams said.

Twitter's biggest challenge is capitalizing on its position before a competing technology firm tries to commandeer the microblogging market," according to Williams.

"Things are going well and the stakes are really high," Williams said. "We are going to face serious competition."

Another challenge facing Twitter is preserving the company's culture of doing social and environmental good woven as the small firm grows, according to Stone.

"Twitter is two years old and in the global spotlight," Stone said.

"We don't want to be like the child actor that found fame early and grew up all funky and freaky. Part of working at Twitter is giving back to the world."

Stone said it is possible Twitter could go public with an offering of stock, but that he is hoping the company will find more creative ways to fund its growth.

"It sounds silly, with no revenue, to talk about going public, but I wouldn't say that is ridiculous anymore," Stone said.

"Our goal is to change the world. The needs of the platform mean growing bigger. At some point going public may make the most sense."

Zuckerberg said the creation of Facebook boiled down to a Harvard University student with hacker tendencies starting a company with smart friends.

"By the time I got around to building Facebook, I did it in two weeks," Zuckerberg said.

"Launch early and iterate; Facebook is a really good story of that."

The evolution of Facebook has been driven by what members of the online social networking community do at the website and their feedback, according to Zuckerberg.

"We pride ourselves on building stuff quickly," Zuckerberg said. "We have this technology company that is really like a hacker company. My friends are people who really like building cool stuff."

Zuckerberg told the predominately young audience how he was just 19 years old when he left Harvard in 2004 and went to Silicon Valley to build Facebook into a serious technology company.

"The biggest risk you can take is to take no risk," Zuckerberg said. "In an evolving world, if you don't change you lose."

People's updates on popular social networking websites such as Twitter about having coughs and colds could help health officials track early warning signs about flu outbreaks.

Indian Medical Journals Iron Intake Calculator Turmeric Powder - Health Benefits, Uses & Side Effects How to Reduce School Bag Weight - Simple Tips Diaphragmatic Hernia Color Blindness Calculator A-Z Drug Brands in India The Essence of Yoga Accident and Trauma Care Selfie Addiction Calculator
This site uses cookies to deliver our services. By using our site, you acknowledge that you have read and understand our Cookie Policy, Privacy Policy, and our Terms of Use