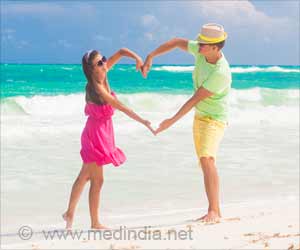 Young adults considered both the risks and benefits of their sexual behavior in a highly consistent and thoughtful manner, stated a new study published in the journal Psychological Science.

"There is a tendency to view sexual decision making in young adults as a highly variable and somewhat random process, more influenced by hormones or impulsivity than rational processes," said lead author of the study Laura Hatz, a doctoral candidate at the University of Missouri in the US.

Young adults are consistent in their choices, balancing potential partners' level of attractiveness against the potential sexually transmitted infection risk.


257 participants were presented with hypothetical "sexual gambles", a photo of the potential partner's face was shown alongside an associated, though hypothetical, risk of contracting a sexually transmitted infection.

Nearly all participants made consistently rational choices, as defined by established models of psychological behavior.

When Walking With Romantic Partners, Men Walk Slowly
New research published in the open-access journal PLOS ONE says that when walking with female...

Tracking Romantic Partners With Facebook
Facebook and other popular social networking sites are used extensively by people to snoop and find ...