You Need to Protect Your Identity To Avoid Being Harassed Online 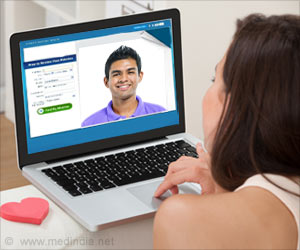 Social media is like a gargantuan monster which needs to be reined in through content moderation and greater transparency.

Voices of abuse through social media can be tackled only by educating people of the existing mechanisms for combating online harassment.

The older a person gets, with more memories and experiences, the more inclined they are to consider risk intuitively, drawing on simple gist representations.
Advertisement
‘Nearly half of Internet users have been harassed online by various ways.’

The most common targets of online harassment are women, young people under 30 (especially women under 30), and sexual minorities (those who identify as lesbian, gay, or bisexual). The survey also revealed that black, sexual minority, and young Americans are more likely than others to say that people are "mostly unkind" to each other online and self-censor themselves by not posting something to avoid harassment.


Men, overall, are "substantially less likely than women" to describe what they have experienced as harassment. Women are also more likely to report being angry, worried, or scared following the experience.

How to Detect Dishonesty Online?

The report 'Online Harassment: A Form of Censorship' asks social media users to keep a tab on information others post on them to ensure that no personally identifiable information reaches unwanted hands. Periodic Internet searches on oneself need to be run to monitor unauthorised information appearing online.

The Software Freedom Law Centre also recommends the use of stronger passwords and a review of the service providers' privacy policies as measures to tackle online abuse.

On platforms like Facebook and Twitter, one of the effective mechanisms to deal with online harassment is to promote counter-speech and invite counter narratives from public figures.

Chinese government is alarmed by the growing addiction to online gaming among youth.
Advertisement
<< Teenage Girls With Cancer Need Advice on Fertility
After 13 Months Twins See Each Other for the First Time >>

Online Social Media Use Does Not Affect Your Ability to Concentrate

Frequent use of online social media does not lead to long-term problems with your ability to concentrate, revealed a new study.