Yoga Training for All Government Employees from April 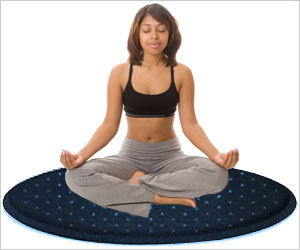 Minister of Personnel, Public Grievances and Pensions Jitendra Singh has said that the government will hold yoga training from next month for its employees, observing that yoga is the best way to keep healthy.

Yoga is a physical, mental and spiritual practice or discipline that denotes a variety of schools, practices and goals. The origins of Yoga have been speculated to date back to pre-Vedic Indian traditions, but most likely developed around the sixth and fifth centuries BCE, in ancient India's ascetic circles, which are also credited with the early sramana movements.

'From Sensation to Synergy' is a mega seminar on homeopathy that will be conducted on January 10th and 11th at Bajaj Auto's headquarters near Pune.
Advertisement

Central minister Jitendra Singh said: "Yoga can help in managing the stress which is very much prevalent in present day working of the people in general and government servants in particular."


The government will organize yoga training sessions from April for the benefit of central government employees and their dependents in association with the capital's Morarji Desai National Institute of Yoga.

The minister was addressing a workshop on "Self-Management of Excessive Tension" on Sunday for officers of various ministries and their families, organized in association with Vivekananda Yoga Anusandhana Samsthana.

Initiative by the Australia Government Agency to fund employees yoga class is acclaimed by the Hindus.
Advertisement