Year 2013 Will be Declared as 'water Conservation Year' 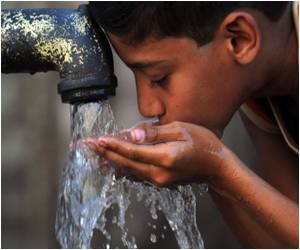 The Union Cabinet has decided to declare 2013 as 'Water Conservation Year' under which awareness programmes will be launched for conservation of the scarce natural resource.

Information and Broadcasting Minister Manish Tewari said, under the proposal, the Water Resources Ministry will launch a series of programmes among masses, especially children, on water conservation.

A number of mass awareness activities will be undertaken during Water Conservation Year 2013 with emphasis on sensitizing the masses on water related issues, encourage them to conserve and use it judiciously.


The policies and programmes of the Ministry of Water Resources will be propagated to create a sustainable society and economy.

An effective and sustained mass awareness programme will be launched with the involvement of all stakeholders to achieve the objectives identified in the National Water Policy, 2012 and National Water Mission.
Advertisement
India has more than 18 percent of the world's population, but has only 4 percent of world's renewable water resources with 2.4 percent of world's land area. There are further limits on utilizable quantities of water owing to uneven distribution over time, as 75 percent of annual rainfall is received in just four months. Also region wise it varies from 10 cm rainfall in Rajasthan to 1000 cm in north eastern region.

In addition, there are challenges of frequent floods and droughts in one or the other part of the country. With a growing population and rising needs of a fast developing nation as well as the given indicators of the impact of climate change, per capita availability of water is likely to go down from 1545 cubic metre per year in 2011 to 1341 cubic metre per year in 2025.

The increasing demand of water for various purposes will further strain with the possibility of deepening water conflicts among different user groups as drinking water need is going to rise by 44 percent, irrigation need by 10 percent, industry need by 81 percent respectively by 2025.

In view of this, the Ministry had prepared National Water Policy (2012), which was adopted by the National Water Resources Council headed by the Prime Minister on 28.12.2012. This takes cognizance of the existing situation; proposes a framework for creation of a system of laws and institutions and a plan of action with a unified national perspective. Hence, there is a need for greater awareness on water conservation for optimal usage of the existing resources.

Water Conservation is also the key objective of the National Water Mission, which is one of the eight National Missions under the National Action Plan for Climate Change. This envisages conservation, minimizing wastage and ensuring more equitable distribution of water resources both across and within States through integrated water resources development and management.

Link Between Water and Energy Consumption
Water conservation is necessary, usually because of a drought, or the growing population or the ......

Use 1 Cup of Water To Do Your Laundry And Save Water!
Water conservation usually takes a backseat while doing laundry, but not anymore, for now a new ......