Xenotransplantation may Help to Compensate for the Shortage of Human Organs 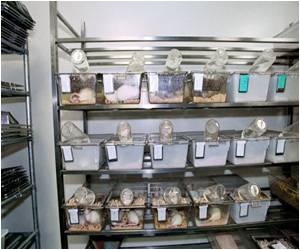 Xenotransplantation (the use of transplant organs from animals) could help to compensate for the shortage of human organs available for transplant.

NIH researchers have demonstrated that by using hearts from genetically engineered pigs in combination with target-specific immunosuppression of recipient baboons, organ survival can be significantly prolonged. This has potential for paving the way for the use of animal organs for transplantation into humans.

Toronto, ON, Canada, April 28, 2014 - Cardiac transplantation is the treatment of choice for end stage heart failure. According to the National Heart, Lung, and Blood Institute (NHLBI) of the National Institutes of Health, approximately 3,000 people in the US are on the waiting list for a heart transplant, while only 2,000 donor hearts become available each year. Therefore for the cardiac patients currently waiting for organs, mechanical assist devices are the only options available. These devices, however, are not perfect and have issues with power supplies, infection, and both clotting and hemolysis.


Transplantation using an animal organ, or xenotransplantation, has been proposed as a valid option to save valuable human lives. Muhammad M. Mohiuddin, MD, of the Cardiothoracic Surgery Research Program at the NHLBI, and co-investigators have now developed techniques to overcome some of the immunologic roadblocks that hinder successful xenotransplantation using genetically engineered pigs as a source of donor organs. Pigs were chosen because their anatomy is compatible with that of humans and they have a rapid breeding cycle, among other reasons.
Advertisement
As the result of recent improvements in technology for genetic modification of pigs, genes that are immunogenic for humans have been eliminated ('knocked out") and several human genes have been added to the pig genome. Grafts from these genetically engineered (GE) pigs are less likely to be seen as foreign, thus reducing the immune reaction against them. These modifications should also allow transplants utilizing lower amounts of toxic immunosuppressive drugs.

"These recent scientific developments in the field of genetic engineering, along with the generation of novel target specific immune suppression, and their favorable impact on organ and cellular transplantation, may instill a new ray of hope for thousands of patients waiting for human donor organs," comments Dr. Mohiuddin.

The NHLBI group was fortunate to have access to GE pigs through close collaboration with Revivicor, Inc. Experiments using these GE pig hearts, transplanted in the abdomen of baboons along with their native hearts, were designed to study the usefulness of these GE pigs along with several new target-specific immunosuppressive agents in prolonging the graft survival. Through the combination of a pig heart with certain gene modifications, with drugs suppressing both T and B cell immune responses, investigators were able to prolong the graft survival in baboons to over one year. This unique achievement by the NIH laboratory is twice as long as previously reported.

The long-term surviving grafts exhibit normal histology (cellular architecture) and contractility. The researchers' next step is to use hearts from the same GE pigs with the same immunosuppression utilized in the current experiments to test their ability to provide full life support by replacing the original baboon heart.

"Based on the data from long-term surviving grafts, we are hopeful that we will be able to repeat our results in the life-supporting model. If successful, this method could change the current transplant paradigm, eliminating the shortage of donor organs including hearts, livers, kidneys, intestine, as well as insulin producing cells for treatment of diabetes," concludes Dr. Mohiuddin. He is presenting the results of this research at the 94th AATS Annual Meeting in Toronto, ON, Canada on April 28, 2014.

Source: Eurekalert
Advertisement
<< Surveys Indicate Decline in Child's Exposure to Violence an...
Findings on Use of Medical Marijuana in Treatment of Brain ... >>