X-rays on Pregnant Women, Infants Should be Used Carefully: Study 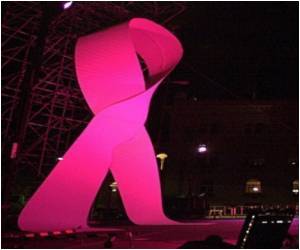 Clinicians should be careful about using X-rays on pregnant women and infants because of the potential for a slight increase in the risk of children developing cancer, a new study has warned.

A UK-US collaborative study found small increases in risk of cancer for children who had x-rays at ages less than three months and in children whose mothers had undergone an x-ray while pregnant. These increases were not statistically significant. The researchers report no increased risk from ultrasound scans.

Researchers studied the childhood cancer risk associated with exposure to radiation and ultrasound scans during gestation (in utero) and in early infancy.


Researchers compiled data on 2,690 children with cancer and 4,858 healthy children from the UK Childhood Cancer Study (UKCCS). All children were born between 1976 and 1996. Data on exposure to radiographic and ultrasound examinations were collected from medical records

Cancer, is the second most leading cause of death worldwide. Cancer is not just one disease but many diseases. There are more than 100 different types of cancer. Take this quiz on and test how much you know about cancer.
Advertisement
A total of 305 children received 319 radiographic and related examinations while in utero and 170 children received 247 diagnostic x-ray examinations in early infancy. A total of 13,723 in utero and 138 early infant ultrasound scans were carried out.

Results showed a slightly heightened risk following in utero exposure to x-rays for all cancers and for leukemia, though neither was statistically significant.

The researchers conclude: "Our results, which indicate possible risks of cancer from radiation at doses lower than those associated with CT scans, suggest a need for cautious use of diagnostic radiation imaging procedures to the abdomen/pelvis of the mother during pregnancy and in children at very young ages."

The study has been published in bmj.com.

Post-Nasal Drip Color Blindness Calculator The Essence of Yoga Hearing Loss Calculator Vent Forte (Theophylline) Indian Medical Journals Sinopril (2mg) (Lacidipine) How to Reduce School Bag Weight - Simple Tips Blood Donation - Recipients Find a Doctor
This site uses cookies to deliver our services.By using our site, you acknowledge that you have read and understand our Cookie Policy, Privacy Policy, and our Terms of Use  Ok, Got it. Close
×