'Worst Way To Start Day' Is By Checking Emails in Morning 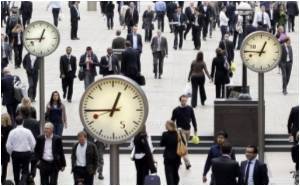 An expert has said that checking your emails at the work place daily in the morning is the worst way to start your day.

According to Danish organisational behavioural expert and corporate consultant Rasmus Hougaard, dealing with emails as soon as you arrive at work is extremely unproductive.

An Australian study says that interpreting 'ambiguous emails' is just as stressful as receiving large volumes of messages.
Advertisement

The work email inbox is a 'Pandora's Box' of nitty-gritty detail, gossip and distractions that are best dealt with later in the morning, and pressing the "send receive" button as soon as you slouch in your seat is simply setting yourself up for a horrible day.


"Doing emails first thing in the day is so ineffective," The Age quoted Hougaard, as saying.

"It is the worst thing you can do at work," Hougaard, who has taken his new way of working to international companies such as Sony, General Electric and Danish brewer Carlsberg, added.

51 per cent of people in Britain check work emails every day while on holiday and as many as 38 per cent call the office because of fear of losing job in the recession.
Advertisement
Hougaard's teachings, in demand in his home country of Denmark and around the world, are based on a philosophy called "mindfulness".

Mindfulness has it origins in Buddhist traditions, stretching back thousands of years to Yogism, Taoism and Judaism, and has been applied to improve personal relationships, and more recently, to enrich the work environment.

It is also being used as a therapeutic application in clinical psychology, as well as stress reduction and improving well-being, the report said.

Push For No 'After Hours-Emails' Made by Consulting Firm