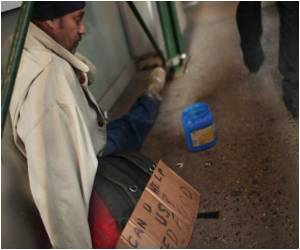 Depression in men would become a major issue with economic and social changes that are taking place in society, warn psychiatrists in the British Journal of Psychiatry.

Although women have been doubly at risk than men in being affected by major depressive disorder, researchers claim that in the coming years it will be men who will face this problem as the changing world economy threaten their employed status, traditional gender roles and consequently, their male self-esteem.

As traditional male jobs are being replaced by technology or outsourcing, men are forced to consider the traditional feminine role of looking after the home, as their wives become the breadwinners. In fact, according to the study, as more women opt for a university education they would have to become the main breadwinner in the family.


This reversal of roles would result in conflict and depression as male identity has always been tied up with employment. Peter Baker, chief executive of the Men's Health Forum says, "Male social networks are based around work so losing a job can lead to isolation and depression." Coupled with the necessity of having to send a wife to work, the unemployed status would end in a diminished quality of mental health.

Andropause or male menopause causing low libido in a man is due to decreasing level of male hormones, like testosterone. Symptoms of andropause are depression, irritability.
Advertisement
On the other hand, a changing society is encouraging men to discuss their feelings more, and stop keeping to a male stereotype. This could help in getting mental issues sorted out faster.

Dr Boadie Dunlop from Emory University School of Medicine, one of the authors of the study comments, "Western men will face a difficult road in the 21st century, particularly those with low levels of education. We believe economic and societal changes will have significant implications for men's mental health."

Emotional healing is the ability to take proper control of painful thoughts, feelings and emotions. Healing ...