Worldwide Survey To Arrive At Ideal Concept Of Beauty 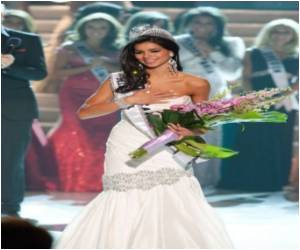 Beauty is of course in the eye of the beholder. Still size zero is a great attraction world over. Paradoxically D cup too. Still there is no consensus. Now an Australian attempt to find one.

"The highly idealised body images we see depicted so often in fashion and advertising are a far cry from the reality of the way most of us actually look," says Professor Rob Brooks, Director of the Evolution & Ecology Research Centre at The University of New South Wales.

"Yet it's obvious that people with so-called average bodies have no trouble attracting a mate:  what we're trying to find out is what people really find attractive about all kinds of human body shapes and sizes, not just those high-paid and highly stylised size-8 fashion models."


The researchers are seeking volunteers to help in the project, and they're seeking women in particular to take part in a unique online experiment at a specially created website -  http://www.bodylab.biz/
Advertisement
Anyone can go online and make their own ratings of computer-generated images of men and women of greatly varying shapes, sizes and proportions. The images are produced with the same sophisticated software used in computer games and by fashion designers to create human avatars.

So far, almost 40,000 people from around the world have taken part. The bodyLab team is analysing and compiling the results and, each month or so, they will use the half of the images that visitors find most attractive, and virtually "breed" new body shapes, introducing new variation into the experiment in just the same way mutations introduce new genetic variation into a population, says Professor Brooks.

The first few "generations" of avatars have already been bred, he says: "Most countries in the English-speaking world have responded: USA, Australia and New Zealand are the biggest. Western Europe has been huge too. We are also getting great responses from Russia, China and a surprising number of visits from Slovenia and Argentina."

Over time, the scientists hope thousands of users will help them work through six or more generations of avatars to narrow down the special combinations of features that make up the "ideal" body - although they're keeping an open mind about whether several combinations will emerge.