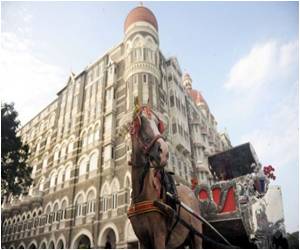 In terms of sustainability Mumbai is considered to be the worst city, a new report has found.

The report by PricewaterhouseCoopers said that Sydney, the only Australian city on the list, was the 11th most influential city overall and topped the list in terms of sustainability.

Mumbaikars can now use an automated web application that can keep track of information on real-time availability of medicines at any given location within India.
Advertisement

The city was ranked second for demographics and livability, behind Paris, and third for health, safety and security, behind Stockholm and Chicago.


Mumbai, however, had a better transportation system than Sydney, which is the fourth-worst major city in the world for transport and infrastructure.

Findings from a cluster-randomized trial conducted in Mumbai slums were reported in this week's PLoS Medicine, David Osrin of the UCL Institute of Child Health, UK and colleagues.
Advertisement
According to the Sydney Morning Herald, in global terms, it would be better taking a train or bus in Mumbai, Moscow, Istanbul, Shanghai or Beijing than travelling in Sydney.

The far-from-flattering assessment of Sydney's public transport system, however, puts it ahead of only Los Angeles, Sao Paulo and Johannesburg for operation and coverage, according to the Cities of Opportunity study.

The accountancy firm ranked 27 of the world's biggest and most influential cities on factors such as quality of life, economic factors, technology and cost of doing business.

Sydney was ranked the fourth-worst major city in terms of the 'transportation and infrastructure experience for residents and visitors'.

Sydney rated particularly poorly in terms of the high cost of rent, business occupancy and using the internet.

Only Tokyo was a more expensive city to live in, the report said.

Felicitation Of Achievers With Cerebral Palsy In Mumbai