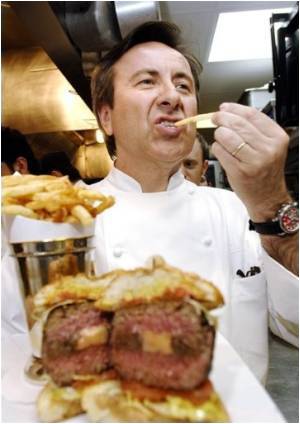 It is quite well-known that red-hot chefs make the world's most exclusive restaurants. Now, some of the hottest names in the kitchen are wielding their magical knives in Asia.

A galaxy of Michelin stars, the food lovers' equivalent to the Oscars, is now sprinkled over Asian capitals; Tokyo has more three star restaurants even than Paris, once the undisputed culinary capital of the globe.

But it's not just Tokyo, other Asian kitchens are also catching on to celebrity chef branding to pull in the booming region's dollars, yuan and yen.


Singapore, long famous for its Asian street cuisine like chilli crab and chicken rice, is fast becoming recognised for a growing roster of celebrity western chefs.

Soy or Soya is a crop which has been cultivated from thousands of years. It belongs to the family of legumes.
Advertisement
French master Joel Robuchon, US-based Wolfgang Puck and Australia's Tetsuya Wakuda have all lent their names to restaurants in the city-state.

But it's the gambling tables that are helping bring fine diners to the dinner table.

The drive to attract celebrity chefs to Singapore gained momentum with the establishment of two casino complexes in 2010 -- Marina Bay Sands and Resorts World Sentosa.

And competition from the casino resorts has forced local restaurateurs like Raymond Lim of French restaurant Les Amis to raise their game.

"When we have more competition, we will also pull up our socks," he told AFP. "So this is generally a good trend."

For years Tokyo and Hong Kong were well ahead of Singapore, which has a population of just five million, in the race to sign up celebrity chefs.

"Because Asia is coming up as an economic strong power, people from all over are going to come," said Koh Yuen Lin, editorial director of the Miele Guide, set up in 2008 by the German appliance firm to track the Asian scene.

Iggy's was also picked by the Miele Guide as Asia's best restaurant in 2010.

Around a million tourists a month visit Singapore, that's a lot of mouths to feed.

Food and beverage was estimated to have generated Sg$1.88 billion ($1.47 billion US) in tourist revenues in 2010, making up 10 percent of total visitor spending and a 23 percent increase from the previous year.

International gastronomic travel agency Gourmet on Tour said more of its customers were asking to come to Asia to sample the region's fare.

"Many of our guests travelling on business to Asia are adding a long weekend, for leisure, to their business schedule," said the London-based firm's managing director Judith von Prockl.

Australian chief Wakuda said tourists constituted "at least half" of his daily clientele of 50 diners at his Japanese-European fusion place Waku Ghin at Marina Bay Sands.

Top Spanish chef Santi Santamaria also set up a self-named restaurant in Marina Bay Sands last year, only to die after a suspected heart attack in the kitchen in February.

Japan's repertoire of celebrity chefs such as Robuchon and Ducasse as well as Gordon Ramsay propelled it to the pinnacle of fine dining last year, according to the food lovers bible the Michelin Guide.

Michelin's latest Japan edition, released in November, said the country had for the first time drawn level with France in the number of three-starred restaurants.

Its judges also awarded 14 eateries in Tokyo top marks, giving Japan a total of 26 of the coveted stars nationwide and putting it neck-and-neck with France.

Tokyo managed to keep its status as the world capital of cuisine, according to Michelin, with its 14 three-starred establishments, up from 11 last year, building its lead over Paris, which has just 10.

Organic Foods are produced by the 'natural method', without the use of chemicals like pesticides, fertilizers or sewage sludge.
Advertisement
<< Study Finds Brain Has Three Layers of Working Memory
Brain's Fear Area Counters Anxiety >>