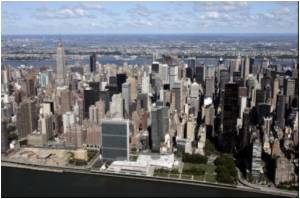 The Anechoic Chamber - world's quietest room that absorbs all sound.

The room is located in Orfield Laboratories in Minneapolis.

Across next four years, scientists may be capable of revealing when and how children develop accurate oral reading and progress from oral to fluent silent reading.
Advertisement

The recording studios where "Funkytown", a 1980 disco hit song by the band Lipps Inc., and Bob Dylan's "Blood on the Tracks" were recorded are also in this building.


A typical quiet room you sleep in at night measures about 30 decibels. A normal conversation is about 60 decibels. This room has been measured at -9 decibels, the Minnesota Public Radio reported.

Quiet Revolution is Under Way in India, Say Gay Magazines

Ram Naresh displayed the first editions of gay magazine Fun discreetly at his stand in New Delhi to avoid giving offence.
Advertisement
Orfield Labs uses the room to test products, including switches that go on car dashboards and the sound an LED display makes on a cell phone to make sure they're not too loud.

To get into the Anechoic Chamber, which holds a Guinness World Record, you go through two bank vault-like doors. The floor in the room is mesh like a trampoline so there's nothing on the floor for the sound to bounce off of. The walls are lined with sound-proofing wedges that are a meter long so they absorb the sound.

"When you sit in any rooms a person normally sits in, you hear the sound and all its reflections," said Steven Orfield, president of Orfield Labs.

"When you go into an Anechoic Chamber, there are zero reflections. So if you listen to me talk and hear my voice, you're hearing my voice exactly. And if I turn around and talk, the only thing you'll hear is the sound bending around my head," the Minnesota radio quoted him as saying.