World's Lakes Are Warming Twice As Fast As The Oceans 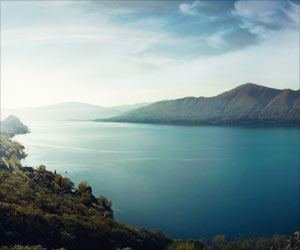 A new study found that the world's lakes are warming faster than both the oceans and the air around them, creating blooms of algae that are toxic to fish and rob water of oxygen. The rapid warming of the lakes threaten freshwater supplies and ecosystem across the planet.

Henry Gholz, program director in the Division of Environmental Biology at the National Science Foundation, said that the knowledge of how lakes are responding to global change has been lacking, which has made forecasting the future of lakes and the life and livelihoods they support very challenging.

The majority of the detected abrupt shifts are distant from the major population centers, but their occurrence could have implications over large distances.
Advertisement
‘The drastic rise in lake water temperature has become a threat to fishes as the waters have nearly reached the highest temperatures fish can tolerate.’

Gholz noted that these newly reported trends are a wake-up call to scientists and citizens, including water resource managers and those who depend on freshwater fisheries. The study found that lakes are warming an average of 0.61 degrees Fahrenheit each decade.


That's greater than the warming rate of the oceans or the atmosphere, and it can have profound effects, the scientists say. At the current rate, algal blooms, which ultimately rob water of oxygen, should increase by 20 percent over the next century.

If either the European Union or US pioneers and set a benchmark for climate action by others, the negotiation logjam about fair burden sharing could be broken.
Advertisement
Some 5 percent of the blooms will be toxic to fish and animals. Emissions of methane, a greenhouse gas 20 times more powerful than carbon dioxide, will increase 4 percent over the next decade.

The study is published in the journal Geophysical Research Letters.

The India Meteorological Department has established state meteorological centers for monitoring and prediction of extreme weather events over the Himalayas.
Advertisement
<< Bacteria Change Appearance, Move Away To Resist The Other
New Sleep Mask Helps Diabetics Keep Their Eyesight >>

These 'climate wiggles' can slow down or speed up the rate of warming with each decade to decade, and accentuate or offset effects of greenhouse gas emissions.