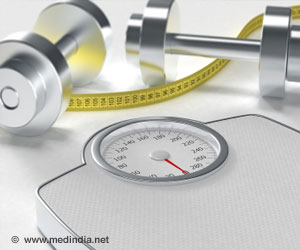 Egyptian woman Eman Ahmed has reportedly lost 120 kilos in the last one month.

The world's heaviest woman who came to Mumbai last in February for treatment to Saifee hospital has shown rapid weight loss in the ongoing surgery.

The higher the level of cortisol (ie. the more stressed someone was), the bigger the body weight, BMI and waist circumference of the person.
Advertisement
‘The heaviest woman in the world has lost almost 120 kilos in the last one month.’

According to the media report, the 36-year-old woman who was 500 kilos when she came to Mumbai now weighs 380 kilos after the bariatric procedure. The woman is currently undergoing a procedure that will help her reduce 200 kilos over the next six months.


The woman who is being treated by Dr Muffazal Lakdawala at the hospital came to Mumbai after being immobile for almost 25 years in her house in Alexandria.

She was transported in a specially designed aircraft so that she could receive treatment at the hospital in Mumbai which is now turning out to be a huge success.

Maintenance program for weight loss may be a new strategy to keep off lost weight for long term, reveals study.
Advertisement
<< Early Deaths from Childhood Cancer More Common Than Previou...
Radiation Exposure: Traveling to Mars May Increase the Risk ... >>

Worried about how you'll get fit after the birth of your baby? Follow Kareena Kapoor's footsteps to get in even better shape than you were before.