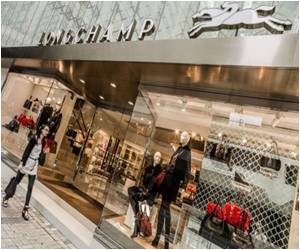 In Basel, the world's biggest watch fair is set to open this week amid growing uncertainty over whether the industry can keep up its momentum and rake in another year of record sales in China.

"The question at Baselworld will be to understand what is happening in mainland China," Kepler Capital Markets analyst Jon Cox told AFP ahead of the event, warning that the Chinese market prospects now seemed increasingly fragile.

The Swiss watch industry has been on an unprecedented roll over the past three years, with sales systematically beating expectations and putting to shame naysayers urging it to brace for the pending crisis.


Experts agree that much of the growth can be attributed to the Chinese consumer's recent and seemingly insatiable appetite for luxury goods.

In 2012, Swiss watch exports soared to historic altitudes, for the first time passing the 21-billion Swiss franc ($22-billion, 17-billion-euro) mark, with exports to China accounting for 6.0 billion francs, or 28 percent of the total.
Advertisement
But since late last year there have been numerous signs that the Chinese bonanza is winding down, as growth in the world's second largest economy has slowed.

Nick Hayek, the head of Swatch Group, which in addition to the famous brightly coloured plastic watch brand also owns a long line of high-end, luxury brands, like Breguet and Blancpain, cautioned investors at the beginning of March that the growth rates up to 30 percent they had grown accustomed to could not last in the long run.

Financial analysts are meanwhile grappling to get a full picture of what is happening in the Chinese market, since Asian retailers in recent months have been working to lighten their inventories, possibly skewing the picture.

Despite the vibes of uncertainty in the industry, the 1,460 exhibitors, including leading watch brands like Rolex, Patek Philippe and Omega, and some of the some of the biggest names in jewellery like LVMH's Bulgari and Harry Winston, which was recently acquired by Swatch Group, are expected to put on a dazzling show.

"This year at Baselworld, I think we'll again see a big push on technological innovation, with more and more complications on the prestigious watch brands, and on new materials, Vontobel analyst Rene Weber analyst told AFP."

A highlight of this year's event, which is expected to draw some 100,000 visitors, could come from LVMH's high-end brand Hublot, which has partnered with prestigious Italian carmaker Ferrari to make its new Masterpiece LaFerrari.

The watch sets a new world record in mechanical movement, only needing to be wound every 50 days, or around 1,200 hours, easily beating the previous record of 40 days, the brand told AFP.

Hayek of Swatch Group, the world's leading watchmaker, is meanwhile tightlipped about the Swatch brand's promised "revolutionary innovation", which will go on display at this week's show.

Exhibitors are set to descend on Basel to show off their merchandise to the media on Wednesday and to the public starting Thursday and until May 2.

18 Dead from Bird Flu in China
In China the death toll from a new strain of bird flu has reached 18, with dozens infected, ......

China Sends Samples of New Bird Flu Virus Strain to Taiwan
China has sent samples of the new human H7N9 virus strain to Taipei so that researchers can study .....