There is an elevated cancer risk in World Trade Center (WTC) - exposed firefighters compared with the general population, suggests a previous research.


They noted a nearly 4-fold increase in the rate in thyroid cancer, but this increased risk was not significant after controlling for possible biases related to cancer screening. (WTC-exposed firefighters have access to health care and routine health monitoring exams even after retirement.)


‘There is no overall increase in cancer risk among World Trade Center (WTC) - exposed firefighters following the 9/11 attacks compared with other firefighters.’


The investigators also found a 1.4-fold increase in the rate in prostate cancer in 2005 to 2009 among WTC-exposed firefighters compared with other urban firefighters.

The study is published in the American Journal of Industrial Medicine.

Newly Identified Markers Associated With Breast Cancer Risk
Among women who underwent prevention therapy with tamoxifen and raloxifene, genetic variations, known as single nucleotide polymorphisms (SNPs), in or near the genes ZNF423 and CTSO were associated with breast cancer risk.
READ MORE 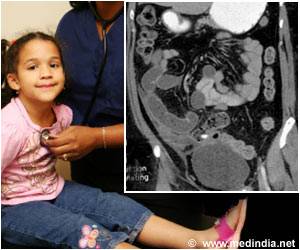 TNF Inhibitors for Treatment of Bowel Disease Not Associated With Cancer Risk
In a study of 56,000 patients with inflammatory bowel disease, use of a popular class of medications known as tumor necrosis factor alpha antagonists was not associated with an increased risk of cancer over a median follow-up of 3.7 years.
READ MORE