World Sees Rise in Measles Cases After Decade of Decline 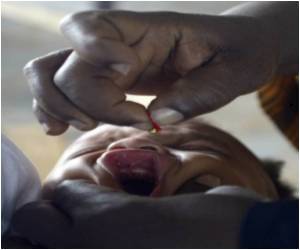 After nearly a decade of declines, some 60,000 more cases of measles cases were reported worldwide in 2010 mostly due to outbreaks in Africa and Europe, according to US health authorities.

But 2010 saw an increase to 339,845 measles cases, driven largely by outbreaks in Africa and Europe, said the US Centers for Disease Control and Prevention's Morbidity and Mortality Weekly report.


The rise came despite increasing global vaccine coverage of at least one dose against measles to 85 percent of the world in 2010, up from 72 percent in 2000.

Europe on Alert After Measles Outbreak

The World Health Organization on Friday warned that Europe faces an explosion of measles cases next year unless it takes urgent steps to contain the viral respiratory disease.
Advertisement
The biggest jump in measles cases from 2009-2010 was in Malawi, which had 118,712 cases, followed by Burkina Faso with 54,118 and Iraq with 30,328.

Some European countries also figured in the top 15, with Bulgaria reporting 22,004 cases and France with 5,048.

The outbreaks were mainly linked to low vaccination coverage of the population, in some cases due to little access to health services and in others due to religious or philosophical objections by parents who oppose vaccinating their children.

"By the end of 2010, 40% of countries had not met the annual incidence target of fewer than five cases per million," the CDC said.

"Promising advances" were seen in the world's two most populous countries, with China vaccinating some 103 million children and India beginning a two-dose vaccination strategy, the CDC added.

In 2010, the World Health Assembly set forth a series of goals for 2015, including raising vaccination coverage for children aged one year to up to 90% in each nation and cutting measles mortality by up to 95% from the 2000 estimate of 733,000.

"Key challenges must be overcome to meet the 2015 objectives," the CDC report said.

Measles is a highly contagious viral disease characterized by rash, skin bumps, aches and fever. Complications such as bronchitis, pneumonia, encephalitis and ear infections can sometimes be fatal.

Alarming Rise Recorded in Measles Cases in US and Canada