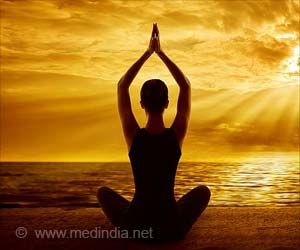 On the occasion of the fifth International Yoga Day, all high-profile politicians and the hoi polloi from Colombo to Kabul and Nairobi to New York, came out in large numbers to showcase their yoga postures and send a message of unity.

If President of Sri Lanka Maithripala Sirisena urged everyone to practice yoga just like him, thousands of people including Indian expats celebrated Yoga Day in Abu Dhabi, the UAE capital, with a message of peace and harmony.


In Sri Lanka, several events are being organised to mark the International Day of Yoga.


‘International Yoga Day was celebrated across the globe and a number of people showcased their yoga postures.’
Read More..


Hundreds of students along with provincial governor Suren Raghavan attended a Yoga programme in Tamil-majority Northern Province. The participants performed several yoga asanas under the supervision of trained Yoga gurus.

"I compliment my friend @narendramodi for his efforts at bringing our common heritage of Yoga to the international stage. I urge all to practice yoga like me," Sri Lanka President Maithripala Sirisena tweeted on Friday.

Yoga Day was also celebrated in countries like Myanmar, Bangladesh, Bulgaria, Israel, Bhutan, Uzbekistan, Germany and Singapore, among others.

"At an excellent initiative of Mr. Atiqul Islam, Mayor of #Dhaka North City Corporation (DNCC), a yoga session was conducted at #Uttara park today," the High Commission of India in Bangladesh tweeted.

"Yoga in front of #White House #YogaDay2019," tweeted the Indian Embassy in Washington.

At an event in Beijing, China Indian Ambassador Vikram Misri and diplomats from other countries, including Nepal's envoy to China, preformed various poses of yoga with hundred of people.

"Yoga represents aspirations of the people from India and China... it is beneficial to work together in spirit of 'friendship and cooperation'," Misri said.

On the occasion, a grand procession was organised from Ratna Park in central Kathmandu to City Hall (Rashtriya Sabha Griha).

Thousands Participate in Rehearsal for International Yoga Day Celebrations at Rajpath
Mostly young men and women from various colleges and NCC cadets, had come prepared with mats and water bottles for the final practice before the big day.
READ MORE