The Veterinary Clinical Complex, GADVASU in Ludhiana will be celebrating the World Rabies Day on September 28 by conducting a free vaccination drive at its clinic from 9.30 am to 12.30 pm. 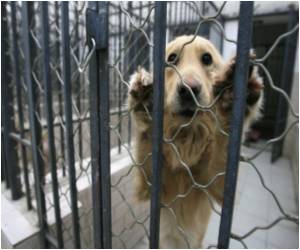 Rabies is one of the world's oldest diseases affecting humans and more than 15 million people in India bitten by animals.

According to the latest figures released by the Association for Prevention and Control of Rabies in India, more than 20,000 people die in India every year due to rabies with the majority of the cases occurring due to dog bites.

Rabies is a zoonotic viral disease which affects domestic and wild animals.

Eight people have courted arrest in southern China for marketing fake rabies vaccines to local clinics, which caused the death of a four-year-old boy.

Bali government has signed an agreement authorising a mass vaccination campaign to inoculate nearly 400,000 dogs as an essential first step towards eradicating rabies from the island by 2012.

A new rabies treatment developed by MassBiologics at the University of Massachusetts and the Serum Institute of India has achieved successful results in a Phase 1 trial.

Animal bites are common in humans. Bites caused by domestic pets are not fatal unless they become infected.