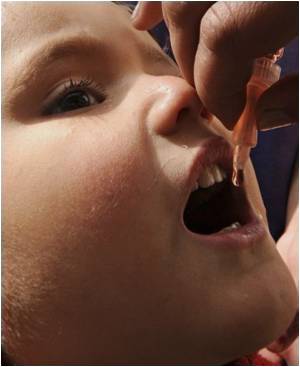 Leaders from around the world on Saturday vowed to eradicate polio, pledging millions of dollars in new funds to put an end to the crippling disease.

Australian Prime Minister Julia Gillard, who is hosting the Commonwealth Heads of Government Meeting in Perth, said her country would spend Aus$50 million ($53.5 million) over four years towards the global fight.

"While polio remains anywhere in the world it is a threat to anyone," she told a joint news conference with leaders from Britain, Canada and two of the world's four polio endemic countries -- Pakistan and Nigeria -- by her side.


"We are here today to demonstrate our commitment to ending the fight against polio, that is ending polio for all time."

"We're at a crossroads," Gates, co-chair of the Bill and Melinda Gates Foundation, said via a video message, adding that recent cases in China highlighted the risk of polio spreading back across the globe.

Nigerian President Goodluck Jonathan said he would raise annual spending on fighting polio from $17 million to $30 million from 2012.

Jonathan said while the disease had been reduced by 75 percent in the African nation, it remained present in some states and had started to make a comeback over the past year.

Britain's Prime Minister David Cameron, whose government in January pledged 40 million pounds ($64.5 million) to fight the disease, said the world was in sight of eradicating the disease.

"Today for the vast majority of countries polio has been eliminated and the harrowing images of children in iron lungs banished to the past," he said.

"But for all this progress we haven't quite finished the job and the truth is that nearly eradicated is just not good enough."

Cameron said the world now ran the danger of going backwards on ending the disease which mainly affects children.

"If we fail to get rid of polio we run the risk of seeing it spread back to countries from which it has been eradicated," he said.

Polio remains a challenge for the 54-nation Commonwealth, with three of the four of the world's endemic countries -- India, Nigeria and Pakistan -- members. Afghanistan is the fourth state in which the highly contagious disease has not been eradicated.

Pakistani Prime Minister Yousuf Raza Gilani said he was concerned that polio had re-emerged in his country, which shares a long, rugged and porous border with war-ravaged Afghanistan.

"This situation is totally unacceptable," he said, adding that medical staff often had difficulty reaching those in need given the difficult terrain and the problem of insurgents.

In areas where the oral vaccine was most needed, he said, there were people who were "so fanatical they don't let the doctors into this area".

"But we are trying our best," he added.

Gillard said it was possible the disease, which in 1954 held Perth in its grip, preventing Britain's Queen Elizabeth II from staying onshore during her maiden visit Down Under, could be ended for ever.

"Change is possible," she said. "This is an issue which within our lifetime was a problem right around the world. Now we are in grasping distance of the end of polio worldwide and that is what we are determined to do." 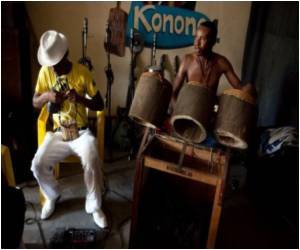 Polio-Afflicted Kenyan Rocks the Streets With His Dancing Skills
When Sylvester Barasa, whose legs have been withered by polio, is not begging at the side of a highway in the Kenyan capital he is part of a contemporary dance troupe.
READ MORE