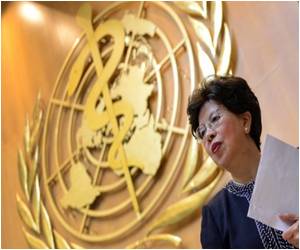 A new report published in the journal PLOS Medicine by University of Oxford's Devi Sridhar reveals that the World Health Organization and the World Bank are being forced to rethink on how they can make themselves more appealing to a wider set of stakeholders thanks to the current practice of large donors who dictate policy.

Sridhar argues that since the priorities of funding bodies largely dictate what health issues and diseases are studied, a major challenge in the governance of global health research funding is agenda-setting, which in turn is a consequence of a larger phenomenon"multi-bi financing."

In today's age of consumerism, insurance requirements have expanded to keep pace with the increasing risks.
Advertisement

This term refers to the practice of donors choosing to route fundingearmarked for specific sectors, themes, countries, or regionsthrough multilateral agencies such as the World Health Organization and the World Bank and to the emergence of new multistakeholder initiatives such as the Global Fund to Fight AIDS, Tuberculosis and Malaria and the GAVI Alliance.


Sridhar says: "These new multistakeholder initiatives have five distinct characteristics: a wider set of stakeholders that include non-state institutions, narrower problem-based mandates, financing based on voluntary contributions, no country presence, and legitimacy based on effectiveness, not process."

An insight into the currently prevailing scenario pertaining to healthcare sector across India with special focus on the rural masses.
Advertisement
Sridhar argues that the risk of multi-bi financing is that difficult choices about priority-setting in health will be made in the marketplace of global initiatives, rather than in the community that will have to live with those choices.

She says: "The shift to multi-bi financing likely reflects a desire by participating governments, and others, to control international agencies more tightly."

However, Sridhar adds: "one major impact of multi-bi financing has been to shine a clear light on how and where multilateral institutions, such as the World Bank and the World Health Organization, might do better."

A basic awareness about Indian health insurance for any layman for quick reference presented in a crisp format.
Advertisement
<< Untargeted Basic Cell Research may Help Find Treatment for ...
Victorians Need to Tackle Obesity >>

Health Insurance - India
News Archive
News Resource
News Category
Death Caused by a Rare Type Amoeba: Research Study Japan Approves Smallpox Vaccine for Monkeypox Did Human Evolution Shrink Your Brain? What to Do When Your Asthma Medication Doesn't Work? Which is Better to Improve Smoker's Health  Cigarettes or E-Cigarettes?
More News
Sign up for Wellness Consult a Doctor Sign up for Selfcare

Accident and Trauma Care Daily Calorie Requirements Vent Forte (Theophylline) The Essence of Yoga Drug Interaction Checker How to Reduce School Bag Weight - Simple Tips Blood - Sugar Chart Selfie Addiction Calculator Post-Nasal Drip Loram (2 mg) (Lorazepam)
This site uses cookies to deliver our services. By using our site, you acknowledge that you have read and understand our Cookie Policy, Privacy Policy, and our Terms of Use