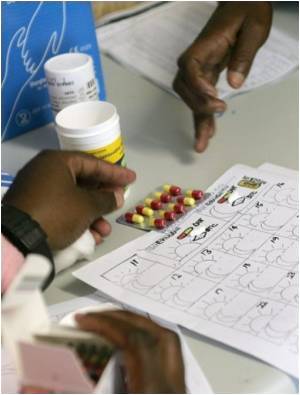 UN agencies warned on Tuesday that the world will fail to meet an end-2010 deadline for "universal" access to HIV/AIDS care and treatment, while new crisis-driven funding cuts could unravel any gains.

The World Health Organisation, UNAIDS, and the UN Children's Fund UNICEF said in a joint report that the target of universal access -- defined as access for 80 percent of the HIV positive population -- to prevention, treatment and care was within 'clear reach' for "a good number of countries." 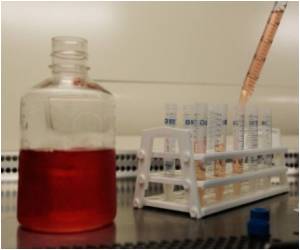 A researcher works on an AIDS vaccine 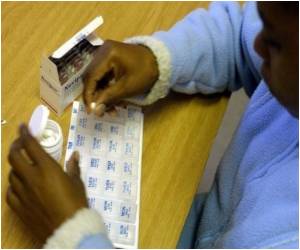 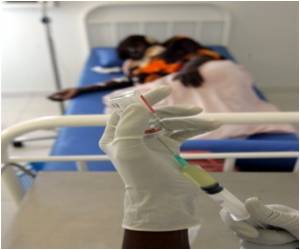 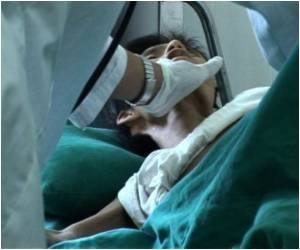 "Nevertheless, this report also demonstrates that, on a global scale, targets for universal access to HIV prevention, treatment and care will not be met by 2010," the report said.


Despite accelerating progress, the report covering 183 nations underlined that only one third of those in need worldwide have access to life-saving anti- retroviral drugs to counter the human immunodeficiency virus (HIV) that causes AIDS.

Do you know that there are symptoms for each stage of HIV/AIDS? Learn more from our HIV Symptom Quiz but here's a disclaimer - never go by symptoms alone. Symptoms only indicate the progression of the disease, while only a medical test can confirm it.
Advertisement
Some 5.2 million people were receiving such treatment in low to middle income countries, the key battleground for the fight against the near three decades old pandemic with the highest burden of the disease.

That marked a 30 percent increase over a year earlier and a 13-fold increase in six years, but another 10 million people approximately did not have such treatment in those nations.

Only eight middle to low income countries -- including Cambodia, Cuba and Rwanda -- had achieved the treatment target by the end of 2009, it found.

The agencies spearheading the fight against HIV/AIDS underlined that the scale of prevention measures was still insufficient, four years after the UN's member states set the broad 2010 access target.

"It's unacceptable that 7,000 people a day are dying of a chronic, treatable illness," said Kevin Moody of the Global Network of People Living with AIDS.

The report estimated that most people with HIV were still unaware that they were infected.

"We consider that about 60 percent of people in low and middle income countries do not know they are HIV positive," World Health Organisation HIV/AIDS coordinator Yves Souteyrand told journalists.

The most vulnerable people, including those with HIV, sex workers, drug users, men with a homosexual experience, prisoners and migrants were still victims of stigma and discrimination, adding to their marginalisation from treatment and care, the report argued.

"At the same time, the financial crisis and resulting economic recession have prompted some countries to reassess their commitments to HIV programmes," it added.

Reduced funding "risks undoing the gains of the past years," said the heads of the agencies, including WHO Director General Margaret Chan, amid warnings that the effort was 10 billion dollars short last year.

More than 33 million people around the world have HIV, according to most recent UN estimates for 2008.

Encyclopedia section of medindia explains in brief about the treatment for AIDS/HIV
Advertisement
<< Expectations Run High Ahead of US Meet on Malaria Vaccine
US Supreme Court to Consider Case on Bayer's Anti-cholester... >>

Iron Intake Calculator Pregnancy Confirmation Calculator Selfie Addiction Calculator Color Blindness Calculator Drug Side Effects Calculator Find a Hospital Indian Medical Journals Sinopril (2mg) (Lacidipine) The Essence of Yoga Vent Forte (Theophylline)
This site uses cookies to deliver our services.By using our site, you acknowledge that you have read and understand our Cookie Policy, Privacy Policy, and our Terms of Use  Ok, Got it. Close
×