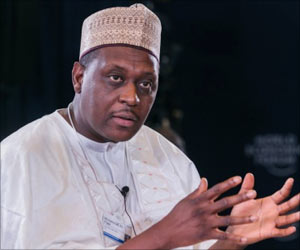 The Board of Executive Directors of the World Bank Group approved a $500 million International Development Association(IDA) credit for Nigeria, last month.

The IDA is the window of the World Bank, which offers credits, grants and low-to-zero interest loans for projects, and programs that are aimed to improve standard of living, increase economic growth and reduce poverty.

The facility was granted to Nigeria to bring about significant improvements in maternal, child and nutrition health services for women and children in the country.


Domestic reforms aimed at improving cogent primary healthcare indicators in the country and engagements with multilateral funding agencies and donors fructified the credit. In 2012, Prime Minister Jens Stoltenberg of Norway and Chelsea Clinton, in her capacity as Board Member of Clinton Health Access Initiative (CHAI), arrived in Nigeria to join President Goodluck Jonathan and (then) Honorable Minister of State for Health, Dr. Muhammad Ali Pate, to launch the Saving One Million Lives (SOML) initiative with support from CHAI. The rationale for the initiative was that in Nigeria, an estimated one million mothers and children die each year from preventable causes. As a result, the Federal Ministry of Health decided to set new goals to improve quality healthcare from 2013 and save the lives of Nigerian mothers and children.
Advertisement
Health sector experts and stakeholders credit Dr. Pate as the initiator of the SOML initiative. He had come into Nigeria's healthcare limelight following his trailblazing work at the National Primary Health Care Development Agency (NPHCDA), where he served as the Executive Director from 2008 to 2011. Prior to his appointment, Nigeria was one of the four polio endemic PAIN countries; the others being Pakistan, Afghanistan and India. Dr. Pate tackled the polio epidemic headlong. By June 2009, he had instigated a grassroots-oriented campaign of engaging respected traditional rulers in the North, under the leadership of the Sultan of Sokoto, to assist with delivery of the immunization program messages in combination with the development of an effective primary healthcare system. A decade earlier, the national immunization program had suffered severe setbacks, especially in the North.

The effectiveness of the strategic approach adopted by Dr. Pate caught the attention of the international and local stakeholders in less than two years of his appointment. In 2010, incidences of the Wild Polio Virus (WPV) fell to only 11 cases from a staggering figure of 803 in 2008. His work also entailed the consolidation of the National Program on Immunization (NPI) into the broader framework of NPHCDA, in line with international best practices. The merger sought to address old issues of structural constraint, fiscal decentralization, mismatched burden of disease and low quality spending.

This effort resulted in the strengthening of core diagnostics, systems development and human resources capacity development within the new NPHCDA. With the critical arms of the agency thus strengthened, the national Midwives' Service Scheme (MSS) was launched, to mobilize midwives to selected primary healthcare facilities in rural communities to increase the pool of skilled birth attendants and boost delivery of services. The overarching objective of this program was to significantly reduce high maternal and child mortality and morbidity. The level of work done to achieve the targets of the MSS paved the way for the Saving One Million Lives initiative.

Subsequently, at the time of his appointment as Minister of State for Health by President Goodluck Jonathan in July 2011, Dr. Pate already had a clear focus on what his priorities were, namely continued fight for polio eradication and mobilization of public-private coalition for SOML. Nigeria is now at the verge of being declared polio-free by the World Health Organization. However, Dr. Pate resigned his appointment in 2013 to take up a professorial chair at the United States' Duke University's Global Health Institute. The position enabled him to serve as Senior Adviser to the Seattle-based Bill and Melinda Gates Foundation (a major player in Nigeria and other developing countries in the fight against major diseases like Polio), among other high-level engagements.

Nevertheless, this high profile exit from Nigeria's health policy sector, raised concerns on continuity of some of the programs that had begun to gain traction under the purview of Dr. Pate. To address the concerns, he offered to continue to provide his services on part-time basis as chairman of the Presidential Task Force on Polio Eradication and the public-private coalition for Saving One Million Lives initiative, in fulfillment of his previous commitments to "see to conclusion of these important national priorities."

It becomes obvious that Dr. Pate, a consummate Nigerian health professional, has a strong passion and exceptional commitment to improvements in healthcare delivery in Nigeria, especially to the most vulnerable groups. It always instills confidence when donors are able to associate someone of this quality with a development program they are giving funding consideration. The $500 million credit will serve as a necessary fillip to the policy drive towards a Nigeria where maternal, child and nutrition health services for women and children would be significantly improved. Not least because of the existing constraint in the fiscal space as a result of the sharp drop in oil prices.

To address the challenge of estimated annual 900,000 maternal and child deaths, SOML focuses on increasing the use of high-impact reproductive and child health and nutrition interventions, and improving the quality of these services; strengthening monitoring and evaluation systems and measurement data; encouraging private sector innovation; and increasing transparency in management and budgeting for Primary Health Care (PHC) in the country.

The World Bank Group says it is expected that the new health operation will start implementation on August 1, 2015 and run till December 2019. The Bank's support for SOML will utilize the Programme-for-Results (PforR) instrument to encourage a greater focus on results, increase accountability, improve measurements, strengthen management, and foster innovation. Importantly, the PforR funds will only be disbursed to the Federal and State governments for independently verified improvements in key services such as vaccination coverage among young children, rates of contraceptive use, Vitamin A supplementation, skilled birth attendance, HIV counseling and testing among women attending antenatal care, and preventing new malaria infections among children by using insecticide-treated bed nets. Also, the Federal and State governments will receive incentive payments for effective tackling of governance and management issues in the health sector and for improving the quality of basic health services.

The incoming administration of General Muhammadu Buhari now has the responsibility of successful utilization of the IDA credit. Based on the passion of the President-elect to serve, there is high hope that the $500 million funding will deliver its objectives, and that further general improvement in healthcare delivery in Nigeria will be realized over the next four years. Appointment of a competent Nigerian with experience in result-based budgeting as Minister of Health will boost the chances of success in the implementation of health policies and foster judicious use of available resources. The need for such a professional to have exposure to the international health policy community and global funding agencies cannot be overemphasized, considering the significant international resources to be mobilized for healthcare under the Sustainable Development Goals which will replace the Millennium Development Goals in 2015.

The WHO asserts that "the enjoyment of the highest attainable standard of health is one of the fundamental rights of every human being." This means children should have access to healthcare when they need it. It also implies that pregnant women should be able to receive antenatal care and deliver safely with the assistance of skilled birth attendants.

Asking Women What They Want to Improve Maternal Health
Several questions were asked to women post delivery to determine if the services provided in the ......

Africa Urged to Look After Maternal Health
African leaders were urged to encourage support for maternal health by Mary Robinson, the ex-Irish ....

Child Health may be Improved by New Automated System from IU and Regenstrief
An automated system to help pediatricians focus the health needs of each patient has been developed ...