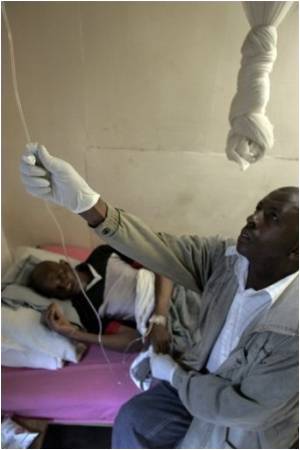 It might be a huge medical and social challenge to tackle the ageing HIV survivors, according to the discussion held at the World AIDS Forum.

The problem is only now becoming apparent as the first generation living with the human immunodeficiency syndrome (HIV) head towards their 60th birthday and beyond, thanks to the lifeline of antiretroviral drugs, say specialists.

The Laws criminalizing gay sex have caused a surge in infection rates of HIV and AIDS in many countries in the Asia-Pacific region according to the United Nations Development Programme.
Advertisement

These survivors are mainly in western nations, where the precious therapy first became available from 1996.


But they will soon be followed by millions of counterparts in sub-Saharan Africa and other poor countries where the drug rollout started in the middle of the last decade.

HIV Infection In 50 Plus Age Group Doubles In UK

HIV infection in 50 plus age group has doubled in UK over a period of seven years, according to figures released by the Health Protection Agency (HPA).
Advertisement
That these men and women should have stayed the course is itself a stunning testimony to antiretrovirals -- and, say some of the survivors themselves, something of a miracle.

"We lived from day to day," Jean-Luc Romero, 51, a councillor for the Paris region, told AFP, as he recalled the situation in 1987, when he learned of his HIV status.

"There was no point planning beyond that. We saw people dying all around us, and we would say, 'That will be us one day.' We didn't think about the future, because the present was all we had. I remember thinking, 'I won't live beyond 30'."

AIDS first came to light in 1981. Before antiretroviral treatment developed, people usually progressed to the disease within a decade after infection by HIV, and died a year or two afterward.

For many of those now advancing into old age, living with HIV will be fraught with medical problems, loneliness and stigma and worries about finance, a seminar at the 18th International AIDS conference heard on Wednesday.

"There have always been older people with HIV, but what is new is the numbers, that will require new public health thinking compared to the past," said Gottfried Hirnschall, director of HIV/AIDS at the UN's World Health Organisation (WHO).

Lisa Power, policy director with the British AIDS charity the Terrence Higgins Trust, said that even though people with HIV were living longer, their quality of life was often darkly overshadowed by worry.

Her organisation carried out a questionnaire of 410 people with HIV aged more than 50 living in Britain, which was then followed up with 40 in-depth interviews.

The respondents were likelier to be unemployed than healthy counterparts and had meagre savings, often because they had expected to die before they got old and so had never put money to one side.

Many were socially isolated, fearful of the double discrimination against old age and AIDS, and fretted about the day when they ultimately would be admitted to hospital or a nursing home.

Research presented by Margaret Hoffman-Terry of the American Academy of HIV Medicine provided statistic evidence of the scale of the problem.

In the 55-plus group, Americans with HIV were three times likelier than a healthy man aged 70 to have a chronic health problem, she said.

The complications of HIV -- and the side-effects of powerful antiretrovirals that have to be taken each day for the rest of one's life -- breed a long list of sicknesses.

They include depression, hypertension, diabetes, lipodistrophy (a redistribution of fat around the body), metabolic disorders, osteoporosis, heart, liver and kidney disease and cancer.