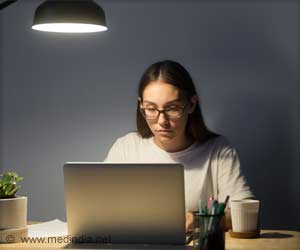 Night shift jobs can significantly affect women's health in the long run. Working night shifts may increase the risk of developing early menopause, reports a new study. The findings of the study are published in the journal Human Reproduction.

Women who work in night shifts, even occasionally, are at an increased risk of early menopause, which can heighten the possibility of developing cardiovascular disease, osteoporosis and memory problems, finds a new study.

Working Night Shifts may Affect Our Body in the Long Run

Genes regulating the immune system and metabolic processes have been found to not adapt to new sleeping and eating patterns which are generally adopted by night shift workers finds a new study.
Advertisement
‘Women who work in night shifts are more likely to have early menopause, which may increase the chances of developing heart disease, osteoporosis and memory problems.’
Read More..

The study showed women who had done continued night shifts for 20 months or more in the preceding two years had a nine percent increased the risk of early menopause, the Daily Mail reported. If they had done rotating night shifts for more than 20 years, the risk rose to 73 percent.


"For women who went through menopause before the age of 45, shift work seemed to be particularly important. This could be due to disruption of their circadian rhythms, stress or fatigue, although more research is needed," lead author David Stock, from the University of Dalhousie in Canada, was quoted as saying.

Can Your Risk for Disease be Increased If You Do Night Shifts?

Night shift jobs can put you at a higher risk of developing chronic diseases such as cancer, diabetes, obesity, insomnia, heart disease and high blood pressure. A new study suggests that women working night shifts are more likely to develop skin, lung and breast cancer.
Advertisement
Early menopause could also come from the stress of working late at night, as stress hormones are believed to disrupt sex hormones like estrogen. This could also increase the chance that a woman stops ovulating, according to the study.

Previous evidence suggests working in 'high-strain' jobs, and those with 'difficult schedules' is linked to earlier menopause.

For the study, the team studied more than 80,000 nurses who worked at least in the night shifts in a month for over 22 years in addition to day and evening shifts.

Women Who Wake Up Early are Less Prone to Breast Cancer

Women who wake up early in the morning are less likely to develop breast cancer, reveals a new study.