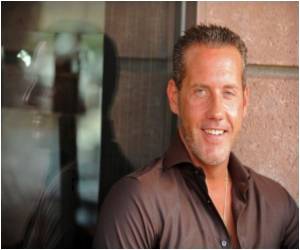 Europe's court has ruled that working dads can now avail "breastfeeding" leave, even though mums are self-employed.

The European Union Court of Justice ruled Thursday that a Spanish law caused an "unjustified discrimination on grounds of sex" because fathers are not afforded the same right as women unless the baby's mother is an employee.

Two weeks' paternity leave may not seem like much, but for Hironobu Narisawa, the 44-year-old mayor of a Tokyo district, it is a leap into the future for Japanese society.
Advertisement

The Spanish workers' statute lets working parents take breastfeeding leave during the first nine months following the birth of a child, allowing an absence from work for an hour or a half-hour reduction in the working day.


But a father can only benefit from this right if the mother is a salaried employee.

Not giving dads the same right as mums in this case "is liable to perpetuate a traditional distribution of the roles of men and women by keeping men in a role subsidiary to that of women in relation to the exercise of their parental duties," the court ruled.

Is Your Partner Cheating on You ? New Online DIY DNA Test Available to Bare Facts

If you doubt the integrity of your partner, do yourself a favour and buy an online DIY paternity test to check if your partner is cheating on you.
Advertisement
The Spanish man who challenged the law, Pedro Manuel Roca Alvarez, said his request to take breastfeeding leave from his job in Galicia was rejected because the mother of his child was self-employed.

The top court said such a refusal could have the effect of forcing self-employed mothers to limit their work because the dad cannot share the burden.

The Spanish law was instituted in 1900 to facilitate breastfeeding by the mother, but it has evolved over the years and the right has been granted for bottle feeding too, the EU court said.

Breastfeeding leave should now be considered as "time purely devoted to the child" in order to reconcile family life and work following maternity leave, it said.

Male executives are usually unwilling to take up flexible hours and paid parental leave, sustaining a work culture that is fundamentally hostile to women, according to organisers
Advertisement
Advertisement
This site uses cookies to deliver our services.By using our site, you acknowledge that you have read and understand our Cookie Policy, Privacy Policy, and our Terms of Use  Ok, Got it. Close
×