Work may Be the Cause for Vocal Cord Dysfunction

The researchers from the UAB and the Vall d'Hebron Hospital have diagnosed two patients with vocal cord dysfunction who were exposed to irritating agents that are breathed in at the workplace, which causes coughing, and difficulty in breathing. So far only two cases of patients with occupational vocal dysfunction have been recorded in medical literature.

Vocal cord dysfunction is an illness produced by a closure in the vocal cords when inhaling. Under normal conditions, the vocal cords would be open. It is a relatively frequent illness that is often mistaken for bronchial asthma given patients' symptoms, such as coughing, sensation of choking, wheezing, hoarseness and difficulties in breathing. Sometimes the conditions are so severe that patients must be intubated or even admitted to an intensive care unit. The diagnosis of this dysfunction is based on observing the flattening of the inspiratory limb in the flow-volume curve and observing the closure of the vocal cords with a laryngoscope.

People who suffer from this illness often also have different psychiatric problems, especially anxiety and/or depression. When they find themselves in stressful situations, their arytenoid cartilage moves in an abnormal way, leading to a paradoxical closure of the vocal cords.


In the past 15 years, apart from appearing within the context of psychiatric illnesses, cases have also been found among patients who found that their vocal cords often did not function correctly after having inhaled irritating agents at work. More specifically, the cases described began after workers were accidentally exposed to a high dose of an irritating agent. The same symptoms appeared each time they were exposed to other irritating agents at doses that normally do not have these effects on people.

Research on two new patients diagnosed with vocal cord dysfunction was carried out by a research group directed by Xavier Nuñoz, professor of Medicine at the UAB and doctor at the Vall d'Hebron Hospital. The research report has been published in "Scand J Work Environ Health". Patients suffered from this dysfunction only when they were exposed to specific agents found at their workplace, but not when they were exposed to other irritating agents or products. The specific agents used were iroko and red cedar wood in one case, and xerographic printing toner in the other.

The information on this illness in medical literature has only included the diagnosis of two patients. A correct diagnosis is highly important since finding the solution to this dysfunction could imply having to change workplaces and avoiding any contact with the agent that causes it. According to researchers, it is necessary to inform about this illness in order to prevent it being misdiagnosed, since it can easily be confused with other disorders such as occupational asthma. 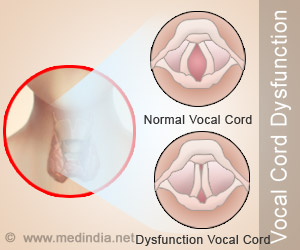