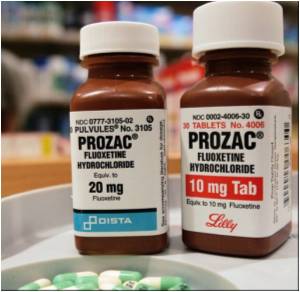 It has emerged that those five days of the month when women suffer pain and emotional stress of PMS may soon become a thing of the past, as Prozac can be a remedy to relieve them.

New evidences have suggested that tiny amounts of Prozac could end the monthly misery of PMT for millions of women and their partners.

The 'happy pills' help in overcoming mood swings, bloating, lethargy and pain that the lives of up to three-quarters of women in the run-up to their period.


Within two years, low-dose Prozac could be routinely used to prevent PMT or pre-menstrual syndrome, Birmingham University have said.

"A lot of women experience PMS and a lot of men are on the receiving end. I can't say we are going to cure everyone but taken in conjunction with sensible lifestyle changes we are in with a chance," the Daily Mail quoted neuroscientist Thelma Lovick as saying.

Andropause or male menopause causing low libido in a man is due to decreasing level of male hormones, like testosterone. Symptoms of andropause are depression, irritability.
Advertisement
Lovick pinned the symptoms on the sharp fall in levels of the sex hormone progesterone that occur during the week before a women menstruates.

When progesterone levels fall, amounts of allo also fall, and emotions run riot. With Prozac known to raise levels of allo, Lovick decided to see if it would ease the condition in rats.

Lovick told the British Science Festival: "It completely blocked the symptoms - we are amazed.

"The time is right for a controlled clinical trial in women. The solution for PMS could be as simple as taking a pill for a few days towards the end of your menstrual cycle."

Lovick said that using very low doses, around a tenth of those used to treat depression, should not trigger any side effects.

Professor Tim Kendall, of the Royal College of Psychiatrists, said that the idea warranted more research. But he warned that self-medicating with Prozac could be 'disastrous' due to side effects.

He said: "It can stop you sleeping and make you anxious and wound-up and affect appetite. And, particularly in people under the age of 30, it can trigger suicidal thoughts.

'I don't know if these side-effects would occur at low doses but it would strike me as unwise to start tipping drugs out of capsules."