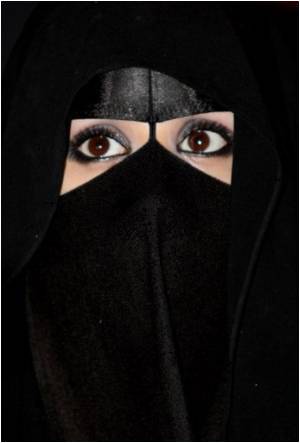 A royal decree has enabled Saudi women to shop without embarrassment hereafter. From Thursday, only female staff will be able to sell women's lingerie in Saudi Arabia, ending decades of awkwardness in the ultra-conservative Muslim kingdom where women are expected to don black cloaks at all times out of the home.

"I and many other women like me were always embarrassed to walk into lingerie shops because men were selling the goods," said Saudi shopper Samar Mohammed.

She said that in the past she often bought the wrong underwear "because I was sensitive about explaining what I wanted to a man."


A royal decree issued by King Abdullah in June last year over the objections of top clerics gave lingerie shop owners six months to get rid of their male employees and staff their stores with women only.
Advertisement
The ban on male staff is to be extended to cosmetics shops from July.

"This is an order from the king," Labour Minister Adel Faqih told AFP.

"All preparations are under way to fully implement this decision," he said, adding that more than 7,300 retail outlets would be affected by the ban on male staff, creating job opportunities for more than 40,000 Saudi women.

The labour ministry's original proposal to allow women to work in lingerie stores sparked a storm of protest from the kingdom's top clerics three years ago. They issued a fatwa, or religious decree, barring women from any such work.

Women, who for years had complained about being forced to buy their underwear from men, hit back with a campaign on Facebook called "Enough Embarrassment."

"The embarrassment has ended," the activists' page proudly proclaimed this week.

The campaign's founder, Fatima Garoub, welcomed the implementation of the new law and said that despite initial hesitations among retailers, "they are now responding positively, especially since they have no choice."

Another Saudi activist, Reem Asaad, who launched a campaign to boycott lingerie shops that employ male sales staff, said her efforts were aimed at "sending a message to decision-makers."

"This is about social awareness... The king had a strategy to support women in the workforce... Our demands have been realised," Asaad told AFP.

The strict segregation of the sexes outside the home that is enforced in Saudi Arabia by the kingdom's powerful religious police means that women are effectively barred from many jobs.

The conservative clergy remain deeply opposed to their working in lingerie stores too.

He said that allowing women to work as sales assistants was "shameful" and would result in "major problems" as eventually they would inevitably interact with male strangers.

But for Saudi women the new law provides a rare and welcome opportunity for employment.

"I was afraid at first... I wasn't sure if society would accept it," said Samar Moulid, a sales assistant in a lingerie shop in the port city of Jeddah.

"But then I found the exact opposite. Everyone thanked us... They were relieved," she said.

There have been complaints and even law suits from retailers. But the labour ministry has taken on some 400 inspectors to ensure that the new law is respected by all of the kingdom's 4,332 lingerie stores.

"There is no turning back now," the labour minister said.

Finally! Saudi Women Free to Vote in 2015 Municipal Elections Without Male Approval
In some much-awaited and welcome news, women in Saudi Arabia will not need any consent from their .....

Facebook Campaign to Whip Women Who Dare to Drive Launched by Saudi Men
A Facebook campaign in response to women planning to protest against the law banning them from ......