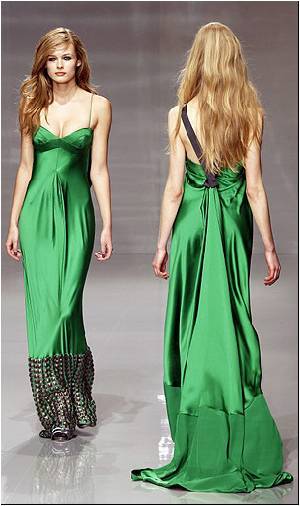 A survey has shown that women are now developing bigger and larger breasts than they did decades before, and it's not because of the implants.

The survey showed the trend has been going on over the past 50 years, with the cup sizes tripling instead of reducing. In Australia the average bra size in 1960 was 10B, ten years ago it was 12B, and today it has reached 14C.

There has been a drastic increase in the bust size of Aussie women over the years, as nearly 40 pct are buying bras with a cup size of DD or higher.
Advertisement

"It's six to seven sizes up in a comparatively few number of years," the Sydney Morning Herald quoted Sally Berkeley, the general manager of bra company Berlei, as saying.


Triumph now offers a G size bra and is putting on trial a new cup size, J, for the next season.

"Our team has undertaken international research and found that British women are also now five centimetres taller and have hips four centimetres larger than they had in the 1950s, while, instead of being size 12, they're edging towards size 16. We'd expect that to be similar to here," Triumph spokesperson Alana Jones said.

Scientists are pondering over the fact that British breasts are getting bigger.
Advertisement
Editor of men's magazine FHM Guy Mosel said it is hard to ignore the difference in breast size, with even the skinny women sporting over-developed breasts.

The question on how the change in women's natural bust measurements came about, has experts suggesting that the food we eat and the water we drink from plastic bottles might be the cause of it all.

Professor Mark McLean, president of the Endocrine Society of Australia and a professor of medicine at the University of Western Sydney, says lifelong exposure to the pill could also be a factor.

When It Comes to Breast Size, British Women Have a Complete Different View!

British women have a complete different take on it than their American counterparts when it comes to breast size.
Advertisement
Advertisement