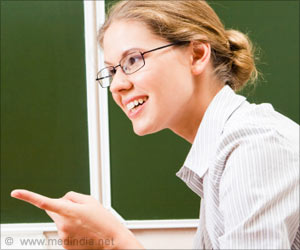 A new study published in the journal PLOS ONE suggests that women who have a husky or 'croaky' voice were less likely to be hired by potential employers as they are seen as less competent and trustworthy.

The study was conducted by researchers at University of Miami who recruited seven women and seven men between 19 and 30 years of age and asked them to record a phrase, "Thank you for considering me for this opportunity", both in their normal voice and in deliberately croaky voice.

The recordings were then played to 800 volunteers who posed as recruiters. The volunteers were asked to choose whether they though the recording with normal voice was from a more educated, competent, trustworthy or attractive person and were asked to state which people would they hire for their jobs based on the voices. The researchers found that people with croaky voices were hired just 20 percent of the time by the volunteers compared to those with normal voice.


"Humans prefer vocal characteristics that are typical of population norms. While strange sounding voices might be more memorable because they are novel, humans find 'average' sounding voices to be more attractive. It is possible that speakers of vocal fry are generally perceived less favorably because vocal fry is accompanied by a dramatic reduction in voice pitch relative to normal speech", lead author of the study Prof Casey Klofstad said.