Women Tend to be Under-represented in Academic Medicine 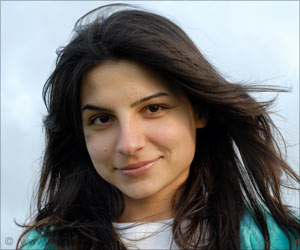 Discriminatory practices and unconscious bias, they say, continue to occur in academic medicine, despite a substantial fall in traditional discrepancies between men and women in medicine in recent years. The proportion of women entering medical school today is around 53%. "There has been a longstanding gender imbalance in clinical academia as well as laboratory-based basic medical sciences", said lead author Professor Jonathan Grant, Director of the Policy Institute at King's College London.

"This inequality increases substantially with seniority, with women representing only 15% of professors in UK medical schools." Chief Medical Officer Professor Dame Sally Davies, a co-author of the essay, said: "The lack of women participating in the clinical academic research system is likely to be implicitly biasing today's research agenda and, by consequence, tomorrow's clinical practice." She added: "The system needs to be reformed by medical schools improving the culture for and chances of women in clinical academia, through schemes such as Athena Swan. The adoption and embedding of gender neutral policies, for example flexible working, will be of benefit to all clinical academics whether women or men."

Find a Doctor Noscaphene (Noscapine) Accident and Trauma Care Diaphragmatic Hernia How to Reduce School Bag Weight - Simple Tips Turmeric Powder - Health Benefits, Uses & Side Effects Sanatogen Loram (2 mg) (Lorazepam) Nutam (400mg) (Piracetam) Vent Forte (Theophylline)
This site uses cookies to deliver our services.By using our site, you acknowledge that you have read and understand our Cookie Policy, Privacy Policy, and our Terms of Use  Ok, Got it. Close
×