Women Spend 18% Of Salary On Clothes 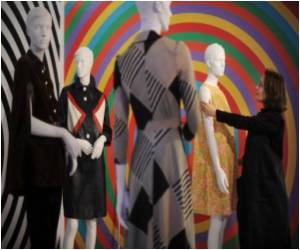 A new study revealed that over two thirds of women report feeling under pressure to dress a certain way to get noticed at work and spend 18 percent of their salary on their working wardrobe.

One in four women say they have consciously changed the way they dress to compete with colleagues and 60 percent have bought new clothes to help them further their career.

Workout Clothes That Buzz When You Go Wrong on the Anvil

Designers are ready to launch gym-ready clothes to improve your performance while exercising.
Advertisement

The research also revealed that women are guilty of labelling their colleagues based on their office attire.


Over half of women admit they judge their female colleagues based on what they wear to work and over a third worry about what people think if they wear the same clothes too often.

Wearing clothes featuring vertical stripes may make you look taller and slimmer than you actually are, a new study has found.
Advertisement
The study found that women are adopting these dress tactics, not only to fight off competition from colleagues for the top spot, but also with the recession still fresh, many feel they have a better chance to climb the career ladder internally rather then moving on.

"Whether we intend to or not, we are guilty on some level of subconsciously labelling people based on what they wear," the Daily Mail quoted Joanna Williams, Head of Brother UK Marketing and Communications who carried out the survey, said.

"A tough economic climate has meant people now feel they need to adopt powerful labels about themselves at work in order to move up the corporate ladder," Williams said.

Grace Woodward, celebrity fashion stylist who worked with Brother on the study also commented on this trend.

"Despite a difficult financial year and women being encouraged to tighten their belts, they are putting greater emphasis and spending more money on their working wardrobe in an attempt to get ahead," she said.

"This research shows how important office appearance is, and how women are consciously using clothes as tools to get ahead," Woodward added.

A study on European youths and fashion revealed on Wednesday that youths are ready to spend big on their looks and share a passion for clothes .
Advertisement
<< Use of Interstitial Fluid Pressure as Potential Biomarker f...
Study Finds Repealing of Affordable Care Act Could Increase... >>

Shower That Washes Your Clothes While You Take Bath