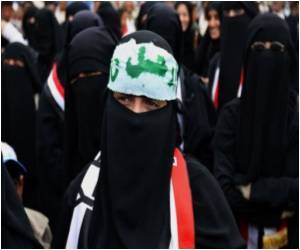 Women arrested by Egyptian military personnel during protests at Cairo's Tahrir Square were subjected to "virginity tests" and other forms of humiliation, claims an Amnesty International report.

Eighteen demonstrators were detained by army officers on March 9 at the end of weeks of protest.

The Amnesty report revealed that the women protesters were beaten, given electric shocks, subjected to strip searches and photographed by male soldiers.


Women were then given 'virginity checks' and threatened with prostitution charges if the medics ruled they had had sex, said the report.

Amnesty has called on the Egyptian authorities to investigate this alleged abuse, which it described as 'utterly unacceptable.'

On International Women's Day 2011 Dr. Gita Arjun discussed the importance of empowering and encouraging women to pay attention to their health and increasing women's awareness of wellness and fitness.

'The purpose is to degrade women because they are women", "All women of the medical profession must refuse to take part in such so-called 'tests'," The Daily Mail quoted an Amnesty spokesman, as saying.

The spokesman said one woman who had told the military she was a virgin and then failed the 'test' was beaten and given electric shocks.

'Women and girls must be able to express their views on the future of Egypt and protest against the government without being detained, tortured, or subjected to profoundly degrading and discriminatory treatment,' he added.

He further said that women participated to bring change in the country and should not be punished for their activism. The Egyptian authorities must halt the shocking and degrading treatment of women protesters.

He said that military officials responsible for such inhuman act must be brought to justice and the courageous women who denounced such abuses should be protected from reprisals.

"Equal access to education, training and science & technology" is the theme for International Women's Day 2011.

Several studies and anecdotal evidence go to show that domestic violence takes a serious toll of mental and physical health of women.
X