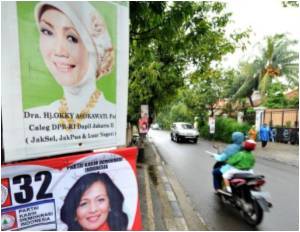 Women-only train carriages have been launched by the Indonesian railway on Thursday to counter sexual harassment on public transport.

The carriages, fitted-out with pink seats, are initially available only on the Jakarta to Bogor line and can be found at the front and back of commuter trains, an official with the state rail company said.

"We want to improve our service and protect female passengers so they feel more safe," rail official Makmur Syaheran said.


He said the single-sex carriages were optional and women could still use the other carriages if they wished.

"We want to prevent sexual harassment on public transport. There has to be moral support from everyone," he added.

Indonesia has the world's biggest Muslim population of about 200 million people but men and women are not usually segregated to the extent that they are in more conservative Muslim countries such as Saudi Arabia.

Hair loss or Alopecia can be emotionally devastating to women but understanding reasons behind hair loss can help in prevention and treatment of hair loss.
Advertisement

Cystitis is an inflammation of the urinary bladder. Cysitis is caused by bacteria and women are more likely get an infection after sexual intercourse.
Advertisement
This site uses cookies to deliver our services.By using our site, you acknowledge that you have read and understand our Cookie Policy, Privacy Policy, and our Terms of Use  Ok, Got it. Close
×