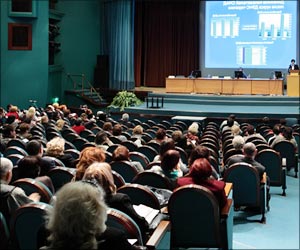 Globally, the leading cause of death in women is cardiovascular disease. Women who have had a heart attack are more likely to die or suffer complications during the initial recovery period than men.

The tempo-pace synchronization helps cue the person to take their next step or stride and helps regulate, maintain and reinforce their prescribed exercise pace.
Advertisement
‘Women who attended women-only cardiac rehab programs had reported reduced levels of anxiety, depression, and increased levels of physical activity.’

Earlier studies have shown that participating in an outpatient cardiac rehab program, comprised of structured exercise training and comprehensive education and counseling, may reduce deaths by 25%, as well as reduce re-hospitalization and the need for further heart treatments. Participating in a cardiac rehab program is also associated with heart health behavior changes such as increased exercise, improved diet, smoking cessation, as well as improvements in psychosocial well-being.


Despite these benefits and clinical practice guideline recommendations for referring women to cardiac rehabilitation, a recent analysis showed what while 45% of men enroll in these programs, only 39% of women do. Accordingly, the authors of this research have been looking for ways to engage more women in cardiac rehab, so they also reap the many benefits.

A study says that stroke patients who participate in a cardiac rehabilitation program for six months make rapid gains in how far and fast they can walk.
Advertisement
Investigators from York University and University Health Network, Toronto, Ontario, Canada compared health behaviors and psychosocial outcomes among women randomly allocated to women's-only cardiac rehabilitation programs with women allocated to participation in traditional mixed-sex (co-ed) or home-based programs. After a few sessions of the cardiac rehab program, participants were supported in their rehab regularly by phone and email.

"Diet improved and depressive and anxious symptoms were lower with women-only cardiac rehabilitation participation. Nevertheless, physical activity and quality of life improved with all supervised cardiac rehabilitation participation and the overall adjusted results of this trial suggest that women's outcomes are equivalent regardless of participation in women-only, mixed-sex or home-based cardiac rehabilitation," explained lead investigator Sherry L. Grace, PhD, of the School of Kinesiology and Health Science, Faculty of Health, York University, Toronto, and Senior Scientist at the Toronto Rehabilitation Institute of the University Health Network. "Therefore, we need to get more women to cardiac rehab, and let them choose the type of program they will be most likely to stick with." The findings of the study are published in the Canadian Journal of Cardiology.

Cardiac Rehabilitation Increases Longevity for Heart Patients - But They've Got to Show Up!