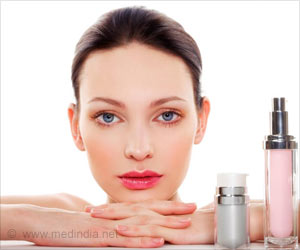 High socioeconomic status is linked with greater exposure to around 41 environmental chemical contaminants like per-and polyfluoroalkyl substances (PFAS), mercury and arsenic among pregnant women and children aged 6 to 12 years, concluded by a new European study carried out by the Barcelona Institute of Global Heath (ISGlobal), a centre supported by "la Caixa".

To date, several studies have shown that there is a relationship between socioeconomic position-income, social status, employment and education- and the level of exposure to a number of environmental risks, but with varying results: some support while others contradict the traditional hypothesis that disadvantaged groups are at highest risk.

For example, another study by ISGlobal showed that the socioeconomic level of pregnant women determines the environmental risk they are exposed to, but the nature of the relationship varies according to the urban environment where they live.


The new research, which is part of the HELIX Project, has been carried out using birth cohorts from six European countries -Spain, France, Greece, Lithuania, Norway and the United Kingdom-. Researchers collected urine and blood samples from the pregnant women and their children to find mean concentrations of biomarkers of the chemical contaminants. Additionally, the mothers completed questionnaires on their education, employment and family affluence level.
Advertisement
The results, which have been published in the International Journal of Hygiene and Environmental Health, showed that pregnant women with a higher socioeconomic level had a higher risk of exposure to several per- and polyfluoroalkyl substances (PFAS), mercury, arsenic, several phenols and pesticides, compared to women with lower socioeconomic levels. Similarly, children from families with a higher social position had a higher risk of exposure to organochlorine compounds, per- and polyfluoroalkyl substances (PFAS), mercury, arsenic and bisphenol A.

Conversely, in lower socioeconomic levels, a higher risk of exposure was only found in the case of cadmium during pregnancy and lead and phthalate metabolites in childhood.

"As far as the exposure of pregnant women and children to persistent pollutants is concerned, a clear trend of higher concentrations in the cases of higher socioeconomic level was found", indicates Parisa Montazeri, ISGlobal researcher and lead author of the publication. Additionally, she adds that "possible explanations should be sought in differences in diet, smoking, and use of consumer products such as cosmetics, between families of different socioeconomic positions. For example, tobacco smoking explained part of the higher cadmium concentrations observed in women with lower socioeconomic levels".

Martine Vrijheid, ISGlobal researcher and coordinator of the study, highlights that "many of the chemical contaminants studied are suspected to have a negative impact on child and adult health". The same health outcomes are also known to be influenced by socioeconomic inequalities. Accordingly, "in future studies, it is important to analyse the effects on health of environmental contaminants taking into account the role of socioeconomic position".

Top 7 Health Risks of Household Chemicals
Household chemicals can have hazardous effect on health. Proper knowledge and their limited usage .....