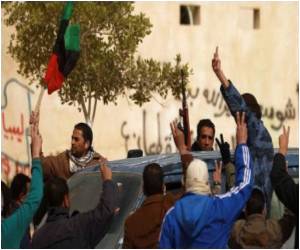 As popular revolts continue to rock autocratic regimes across the Arab world, women are defying both taboo and stereotype and emerging as a driving force that is keeping the momentum of the protests going.

"Women played and continue to play an integral part in the uprisings and revolutions in the region, and what is key is that they are there, physically present in the streets, showing their numbers," said Nadim Houry, senior researcher at Human Rights Watch.

"That is a hopeful sign," Houry told AFP. "They should now play a key role the new governing structures that will emerge from these revolutions."


In T-shirts and jeans or long black robes and veils, tens of thousands of women have made their voices heard in the streets, from Tunis to Cairo, from Manama to Sanaa, to demand reform in a region long ruled by autocracies.

Inspired by the uprising that toppled Tunisia's Zine El Abidine Ben Ali, women turned out en masse in Egypt's Tahrir Square for weeks to demand the ouster of Hosni Mubarak, who quit on February 11 after 30 years in power.

Bahrain, where thousands of mainly Shiite protesters have been demanding the fall of the Sunni Al-Khalifa dynasty, has also witnessed a massive turnout of women, who form a sea of black in their traditional robes and headscarves at the continuing gender-segregated rallies.

And in the conservative countries of Yemen and Libya, women have overturned social norms and joined the insurrections against Ali Abdullah Saleh and Moamer Kadhafi, marching openly in the streets and talking to journalists on camera.

"Women play a decisive role in the region, from Tunisia to Egypt and Libya, and they have been a key factor in sparking the revolutions in every city," said Tawakkul Karman, a Yemeni activist who is spearheading the participation of women in the Sanaa protests.

"The revolution aims primarily to topple regimes, but it has also succeeded in doing away with the archaic traditions that have long told us women should stay at home and out of public life," Karman told AFP.

"This has also been a social revolution. The role of women is helping create a new society. The Yemen revolution has helped woman rise to a better place."

But it is not only in the streets that women have found their voice.

While women from all walks of life have joined the protests, a young and educated segment of society is also turning to the new media to bring about change in their homelands.

Asma Mahfouz, a young Egyptian woman whose video blog or vlog calling for an uprising in Egypt became a viral hit, is widely credited with having inspired Egyptians to take to the streets in defiance of a long-running autocratic regime.

"I am making this video to send you one message: if we still have any honour, if we want to live in dignity in this country, we need to get out into the streets on January 25," said the fresh-faced, veiled activist.

"If you are a man, come down to the street," she said in an Arabic-language video posted on YouTube on January 18.

"Whoever says women shouldn't protest... should be man enough to come with me on January 25."

Voices of dissent allegedly from Saudi Arabia, which has not yet witnessed major protests, have also begun to surface on Facebook and Twitter, many under female usernames.

"I urge Saudi women to act now. Our Saudi brothers have betrayed us, for they are cowards. Act now, b4 it's too late!" tweeted #SaudiWomenRevolution.

And while the region's future political landscape remains unclear, the uprisings have revealed discontent with both the existing political and social structure across the region, experts say.

"It's not a gender upheaval, it's an upheaval of the entirety of society, of which women have long been an active segment," she told AFP.

"The importance of the uprisings in Egypt and Libya, for example, is not just in getting rid of the figurehead, of ousting the dictator," added Houry.

"It's getting rid of all the 'isms' that have kept this region lagging behind: from sexism to confessionalism and more." 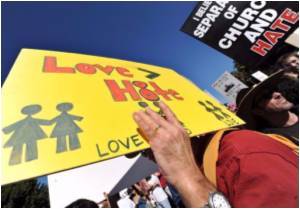 Gay Writers To be Featured in a New Arabic Online Magazine
Arab and Palestinian writers and intellectuals on Monday launched a new online magazine in Israel that aims to challenge taboos, including by featuring articles by gays and lesbians.
READ MORE

Wife, Kids Can be Disciplined by Muslim Men Without Leaving Beating Marks: UAE SC
The Supreme Court of the United Arab Emirates (UAE) has ruled that a man has the right to discipline his wife and young children as long as the beating leaves no physical marks.
READ MORE

Gang "Selling Virginities" for 50k Pounds to Wealthy Arabs Busted
Scotland Yard has in an undercover operation foiled the plans of a sex trafficking gang to sell the virginity of underage girls to wealthy businessmen for up to 150,000 pounds each.
READ MORE

Arabic Harder Than English
To achieve reading skills in Arabic is much more difficult than in English, state researchers who conducted a series of studies to find out why.
READ MORE