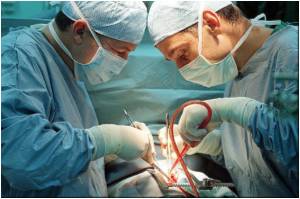 African-Americans and women are less likely than Caucasians and men to undergo Women Less Likely to Undergo Bone Marrow Transplantation to treat cancers of the blood. That is the conclusion of a new analysis published early online in Cancer, a peer-reviewed journal of the American Cancer Society.

The study's results indicate that additional research is needed to determine why disparities exist in access to bone marrow transplantation and also that the medical community should work to eliminate these inequities.

The Study was done by J. Douglas Rizzo, M.D. and Mary Horowitz, M.D., of the Center for International Blood and Marrow Transplant Registry at The Medical College of Wisconsin in Milwaukee, along with Thomas V. Joshua, of the Medical College of Georgia in Augusta and a team of several other researchers.


Bone marrow transplantation, or hematopoietic stem cell transplantation (HCT), is a relatively new treatment that is costly and generally requires lengthy intensive hospitalization and prolonged follow-up care. The number of these transplants has increased rapidly over the last few decades, with approximately 60,000 performed worldwide in 2006. Although HCT has the potential to increase survival for patients with many diseases, particularly cancers of the blood, some recipients die early because of complications associated with the treatment.
Advertisement
Research has revealed a number of healthcare disparities across race and gender. For example, minorities are less likely than whites to receive important healthcare services across a broad array of diseases including cancer, heart disease, HIV/AIDS, diabetes, and mental illness.

The researchers sought to determine whether HCT is used to treat patients with cancers of the blood (leukemia, lymphoma, and multiple myeloma) equally for Caucasians and African-Americans, and for women and men.

"This study helps us understand that in general, access to HCT in the United States is not equal, with African Americans and women being less likely to be treated for the most common indications," said Dr. Rizzo.

"Although the reason for this gap cannot be explained by this study, it suggests that the healthcare system in the United States should endeavor to improve access for all patients while waiting for further studies to better explain the differences and suggest better strategies to reduce the disparities."

The investigators estimated the annual incidence of leukemia, lymphoma, and multiple myeloma in the United States in people younger than 70 years using the Surveillance, Epidemiology and End Results (SEER) Cancer Registry between 1997 and 2002 and US Census Reports for the year 2000. Information on HCT use was obtained from 1997 to 2002 data from the Center for International Blood and Marrow Transplant Research.

The researchers' analysis revealed that HCT is more frequently used to treat leukemia, lymphoma, and multiple myeloma in Caucasians than in African-Americans. Specifically, Caucasians are 40 percent more likely to undergo HCT for these cancers than African-Americans. African-Americans have lower rates of HCT using either their own bone marrow cells or the cells from a donor, indicating that donor availability cannot fully explain the racial differences seen in treatment with HCT. Lack of an available donor is a recognized problem for some minorities. Also, men are 10 percent more likely than women to receive HCT using their own bone marrow cells for reasons that cannot be explained by age or cancer severity.