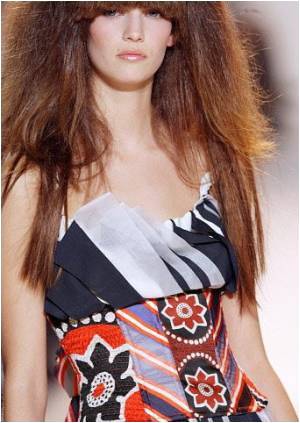 TV shows such as Secret Diary Of A Call Girl, and the popularity of glamour models are legitimizing prostitution in the eyes of men, and endangering women, a campaigner has warned.

Ann Hamilton, head of the Trafficking Awareness Raising Alliance, feels that reducing the demand to purchase sex among Scottish men is the best way of fighting the root cause of trafficking and prostitution.

Female Students Don't Mind 'Exposing Themselves' to Finance Their Studies!

If a new survey is to be believed, then four in ten British female students would pose topless to finance their studies.
Advertisement

But she thinks that popular culture portraying it as sexy, empowering and enjoyable to women, allows men to believe that prostitution is harmless.


"People tend to think that prostitution is dead sexy, very liberating and that there is nothing harmful about it. It's portrayed as very attractive women having lots of sex and enjoying it, when in actual fact that's about 0.005 per cent of women," Hamilton said.

English glamour model Jordan, a.k.a. Katie Price, has reportedly finally got the size of her twin assets reduced through surgery.
Advertisement
"Shows like Secret Diary Of A Call Girl have been very damaging in the public's awareness. Even music stars like to look like a stereotypical call girl because they think there's something sexy and empowering about it. The women's outfits might be very sexy but the reality of prostitution is not," she added.

"We now have girls saying they want to be glamour models and lap dancers and it's all part of that culture making it more acceptable," she further said.

A spokesman for ITV defended Secret Diary Of A Call Girl saying viewers should be given more credit for being able to distinguish between one person's story and the bigger picture of prostitution and it's many forms.

"Secret Diary Of A Call Girl is based on one woman's publicly documented, real life experiences of prostitution, and was made with her endorsement and her agreement," The Scotsman quoted the spokesperson as saying.

"It makes it clear the character was working as a high class call girl in London and does not, at any point, try to suggest it represents prostitution as a whole," he added.

Soliciting Call Girls in the Uk to Be an Offense Soon

British men may soon be prosecuted if they solicit prostitutes. A change in the law, which at present makes it legal to send for a call girl or visit a brothel, is in the offing
Advertisement
Advertisement
This site uses cookies to deliver our services.By using our site, you acknowledge that you have read and understand our Cookie Policy, Privacy Policy, and our Terms of Use  Ok, Got it. Close
×