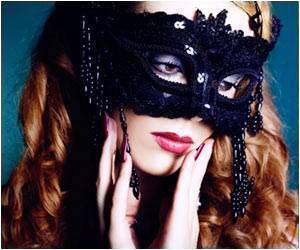 Women,with their sexuality as an advantage, make better spies than men, as Anna Chapman who got caught in New York as a spy for Russia, proved.

Just under half of Britain's 3,500 'spooks' are women, say experts, with feisty, fearless females making the best spies. And these women know best how to use their femininity with pistols concealed in their designer handbags and lipsticks doubling as listening devices.

"Female spies like Anna Chapman use their sexuality to their advantage. An attractive, intelligent woman can ensnare a man and get him to lower his guard. She'll turn him into putty in her hands and get the information she needs. She doesn't have to use sex - but it's a powerful weapon," The News of the World quoted Claire Thomas, co-author of Spooks: The Unofficial History of MI5, as saying.


While men's physical strength may allow them to overshadow girls in many other spheres, this is certainly not the case in the world of spying.

Britain's domestic intelligence agency is actively recruiting gay spies and encouraging its staff to be more open about their sexuality, the Financial Times reported Monday.
Advertisement
Claire said: "Espionage is more about gathering intelligence than getting into Jason Bourne-style fist fights. Male agents don't have an advantage. If anything, women are mentally much stronger than men. They can cope with pressure better, and the demands of leading a double life."

Claire added: "Women are more likely to be sent on corporate missions these days, where they can get jobs in offices that allow them access to files, or have drinks with well-connected people. But the essence of their work is still the same.

"They can exploit men's vanity, seducing them into telling them what they want to know. Men don't suspect women asking strange questions in the same way they would a man."

Dr Funke Baffour, a psychologist, believes women make better spies because they "are used to taking on many roles - being one person at work, one with friends, and another with our bloke or kids."

"We manage these seamlessly and almost have 'double lives' already. Women are also better at lying and keeping secrets than men. We think through possible problems and outcomes before speaking, so are less likely to be caught out," she said.

Honesty Takes the Back Seat, Lying is Now Endemic!

Honesty may be the best policy, but hardly anyone believes in telling the truth, a new survey of 2,000 has found.
Advertisement
<< Women Make Better Multitaskers
Teens Getting Dumb With Social Networking Sites >>

Listen Up, Spot A Liar!

Spotting a liar may not be difficult for you any longer, for here is a guide that can enable you to catch such behaviour clues as can help determine whether or not someone is trying
Advertisement
News A-Z
A B C D E F G H I J K L M N O P Q R S T U V W X Y Z
What's New on Medindia

Indian Medical Journals The Essence of Yoga Find a Doctor Noscaphene (Noscapine) Diaphragmatic Hernia Selfie Addiction Calculator Hearing Loss Calculator How to Reduce School Bag Weight - Simple Tips Blood Pressure Calculator Drug Side Effects Calculator
This site uses cookies to deliver our services.By using our site, you acknowledge that you have read and understand our Cookie Policy, Privacy Policy, and our Terms of Use  Ok, Got it. Close
×