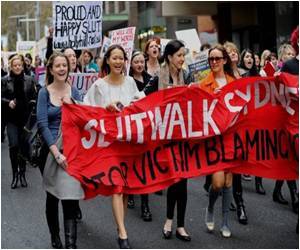 Women can indeed be ferocious when fighting it out for the attention of a male, especially when they find their rivals sexier.

University of Ottawa professor Tracy Vaillancourt's research supports the idea that women do engage in intrasexual competition through the use of aggression. The is published in the journal Aggressive Behavior.

TV show The Bachelor provides insight into the cut-throat tactics women use to "compete" and demonstrates that vying for the affections of an eligible bachelor tends to bring out the worst in women. It often leads them to gossip about a rival's level of promiscuity or disparage her appearance, so as to reduce her "mate value." Professor Vaillancourt's study demonstrates that this type of behaviour is not only a TV phenomenon, but also a reality in our schools, workplaces, etc.


Researchers conducted two experiments to examine this phenomenon. In the first, women were paired with a friend or stranger and randomly placed in one of two situations: in the first, participants were exposed to an attractive female peer who was dressed in a sexy outfit ; in the second, women were exposed to the same peer, with the difference that she was dressed conservatively.  In both situations, participants were secretly videotaped to capture their reactions to the peer. Independent female raters blind to the experimental condition were asked to rate each participant's reaction in terms of aggression. "We asked women who knew nothing about the context or reason for the person's reaction to rate how "bitchy" (or not) they thought she was being," says Vaillancourt.

Surrey RCMP has decided to educate boys about the legal consequences after an online game on Facebook that saw Grade 11 and 12 boys competing to see who can have sex with the most Grade 8 girls.

Results showed that almost all women were aggressive toward the attractive female whose only indiscretion was to dress in a sexually provocative manner. The women in this situation were more likely to roll their eyes at their peer, stare her up and down and show anger while she was in the room. When she left the room, many of them laughed at her, ridiculed her appearance, and/or suggested that she was sexually available. By contrast, when the same attractive peer was dressed conservatively, the group of women assigned to this second scenario barely noticed her, and none of them discussed her when she left the room.

A second experiment confirmed that the sexy colleague was indeed seen as a sexual rival by women. Results indicated that women did not want to introduce her to their boyfriend, allow him to spend time alone with her, or be friends with her.

Collectively, these results provide support for the idea that women do engage in intrasexual competition by aggressing towards sexy female counterparts.