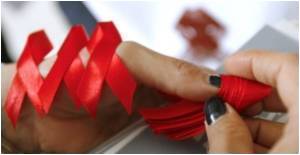 In a shocking incident, a 59-year old woman complained to the police that her two daughters had injected her with HIV infected blood in order to take control of her property.

Bharathi Ranga Rao, of Guntur town in Andhra Pradesh, fell ill recently and was admitted to a nursing home where her step daughter Durga worked as a nurse. Bharathi claimed that Durga, in connivance with her step sister and her husband, worked out a plan through which Bharathi was infected with HIV positive blood under the guise of giving her an antibiotic.

While Bharathi recovered from her illness, she started experiencing severe joint pain and weakness and got admitted to the government hospital where it was confirmed that she was HIV positive.


Bharathi claimed that her daughters and her husband had tried to make her give all the property, estimated to be around Rs 50 lakh, but when she refused, they hatched the plan. "I never suspected such foul play even though I was aware their heart burns for the property and my gold", she added.

Color Blindness Calculator Diaphragmatic Hernia Drug Side Effects Calculator Find a Doctor Hearing Loss Calculator How to Reduce School Bag Weight - Simple Tips Loram (2 mg) (Lorazepam) Find a Hospital Nutam (400mg) (Piracetam) A-Z Drug Brands in India
This site uses cookies to deliver our services.By using our site, you acknowledge that you have read and understand our Cookie Policy, Privacy Policy, and our Terms of Use  Ok, Got it. Close
×