With Heir in Mind, Kate Readies for Royal Life 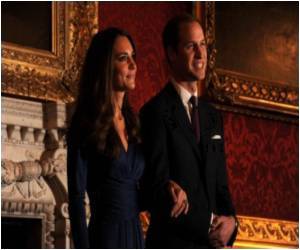 Producing an heir will be the only has one real responsibility from now on when Kate returns to north Wales with Prince William next week.

"If Kate is not pregnant in the next nine months, she will be defying 200 years of royal tradition," said Andrew Morton, a biographer of William's late mother Diana who has just written a new book about the newlyweds.

After years of waiting for her prince to propose, the 29-year-old will be expected to move quickly to produce an heir for the second-in-line to the throne, to ensure there is no break in the line of succession.


Her predecessors certainly wasted no time -- William was born barely 11 months after his mother Diana married his father Prince Charles in 1981.

A modified diet rich in Folate, Vitamin B12 and Iron is essential for the rapid rise in hemoglobin level.
Advertisement
And Charles himself, the heir to the throne, was born almost exactly a year after his parents Queen Elizabeth II and Prince Philip married in 1947.

Asked about his plans for children in an interview in November to mark his engagement, William said: "I think we'll take it one step at a time. We'll sort of get over the marriage first and then maybe look at the kids.

"But obviously we want a family so we'll have to start thinking about that."

Having postponed their honeymoon, William and Kate will spend a weekend away at an undisclosed location in Britain before beginning their married life on the isle of Anglesey in north Wales, where the prince is a helicopter search and rescue pilot.

He must serve another two years with the Royal Air Force (RAF) there, ensuring the newlyweds can start married life in relative seclusion.

Reports suggest Kate's public engagements will initially be light -- a charity gala in London is expected to be one of only a few events before a tour to Canada from June 30 to July 8, the couple's first as husband and wife.

"The most important thing to remember is that he's not heir to the throne," Paddy Harverson, Prince Charles' communications secretary, told the BBC.

"He's second in line, and he's not a full-time royal, he's a full-time pilot working a normal job for the RAF search and rescue," he said.

Ever since he started his job in September, William has struck a balance between public engagements and his work -- he has not neglected the former but he has worked just as many shifts as his non-royal colleagues.

Kate may find life as a service wife difficult, as William works 24-hour shifts and missions that can be dangerous.

But she already has some experience, having spent much of the last few months living with him in a cottage in Anglesey.

After graduating with a degree in history of art from St Andrews university in Scotland, where she met her husband, Kate worked as an accessories buyer for a fashion chain and then for her parents' party supplies company.

But her career has been viewed in the media as rather underwhelming, and she is expected to embrace the charity work that comes with royal life. Palace aides are said to have given her some time to work out exactly what she wants.

"I really hope I can make a difference, even in the smallest way," Kate said in November.

However, royal historian Hugo Vickers was clear what her priority was now.

"If I'm being brutal about it, Catherine's duty is to make her husband happy and to produce an heir," he said earlier this month.

William's marriage "makes it possible to have another generation of the House of Windsor in direct line to the throne -- a boy who will automatically become king or a girl who might be queen".

Under the law of succession, the first son Kate had would be next in line to the throne after the prince, who is second in line after his father Charles.

But if they have a girl, her place would be behind any brother she may have. The government has indicated it would be open to amending the law, to ensure all of Kate's children have a chance at the throne.